During proceedings at the North Somerset Show, a farmer holds on to his prize bull after judging. This fine animal has gained a First and its rosette is attached to the cheekpiece of his halter. The bull is a Hereford, a breed widely raised mainly for meat production. With its traditional ring piercing its nose, the male is a heavyweight of the cattle kingdom and is a fine specimen that deserves to win his prize. Its value as a sperm donor has now increased considerably. Originally from Herefordshire, England, United Kingdom, more than five million pedigree Hereford Cattle now exist in over 50 countries. The Hereford Cattle export trade began from United Kingdom in 1817. Today, Hereford cattle dominate the world scene from Australasia to the Russian steppes. Hereford Cattle can be found in Israel, Japan and throughout Continental Europe and Scandinavia 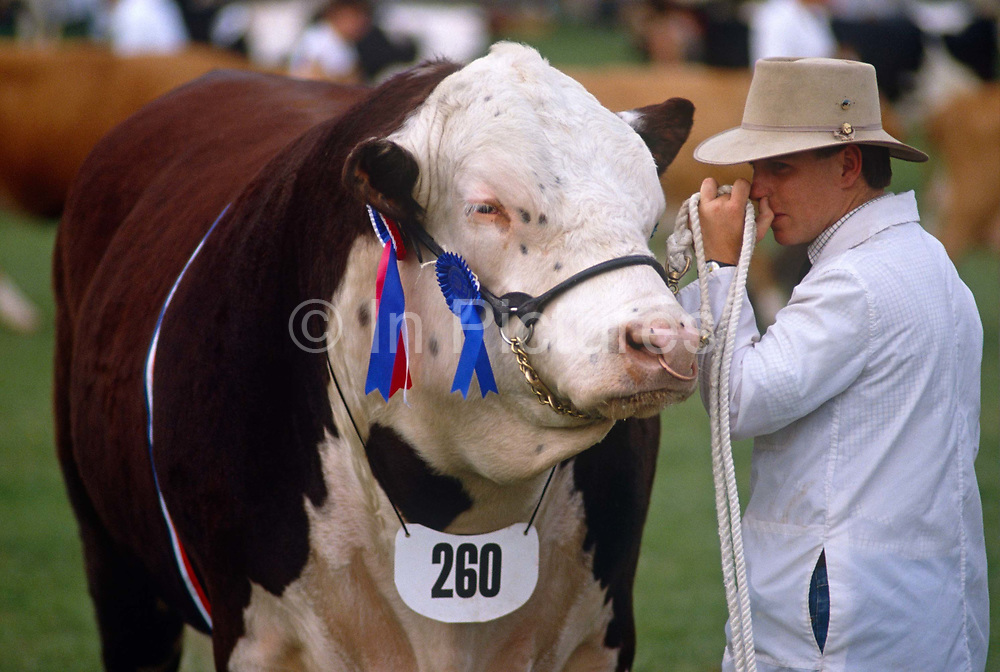