Taking notes from an air band receiving radio, plane spotters log aircraft serial numbers and other details in notebooks near their perimeter fence at London's Heathrow airport. A large man has a pair of binoculars and an old SLR film camera and leans against his Peugeot car's bonnet (hood) to record the obsessive facts about airliners that pass overhead as they approach the runways of West London. His fellow-aviation enthusiast checks the radio that transmits the voices of pilots and air traffic controllers. In Britain, plane spotters are regarded as eccentric and sad but not trespassers. Some have been accused of spying near foreign military airfields. Picture from the 'Plane Pictures' project, a celebration of aviation aesthetics and flying culture, 100 years after the Wright brothers first 12 seconds/120 feet powered flight at Kitty Hawk,1903. 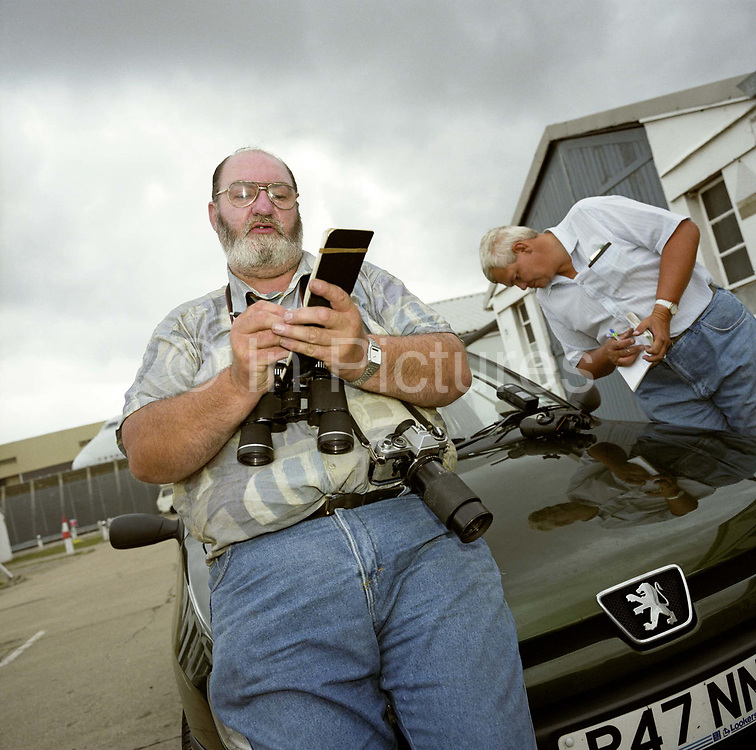