Local signpost showing nearby village milage and the ruins of Cistercian Byland Abbey. Located near Coxwold and Oldstead and on the edge of the North Yorkshire Moors, Byland Abbey was described in the late 12th century as one of the shining lights of northern monasticism. The abbey rose to be one of the largest of the Savigniac order in Britain and the remains of the buildings, particularly the great church, are significant in the development of northern architecture in the second half of the 12th century. Sacked by a Scots army after the battle of Shaws Moor in 1322, it was destroyed in the Dissolution of abbeys and monasteries by Henry VIII in 1538; the buildings then became ruinous and a source of building stone for local people. 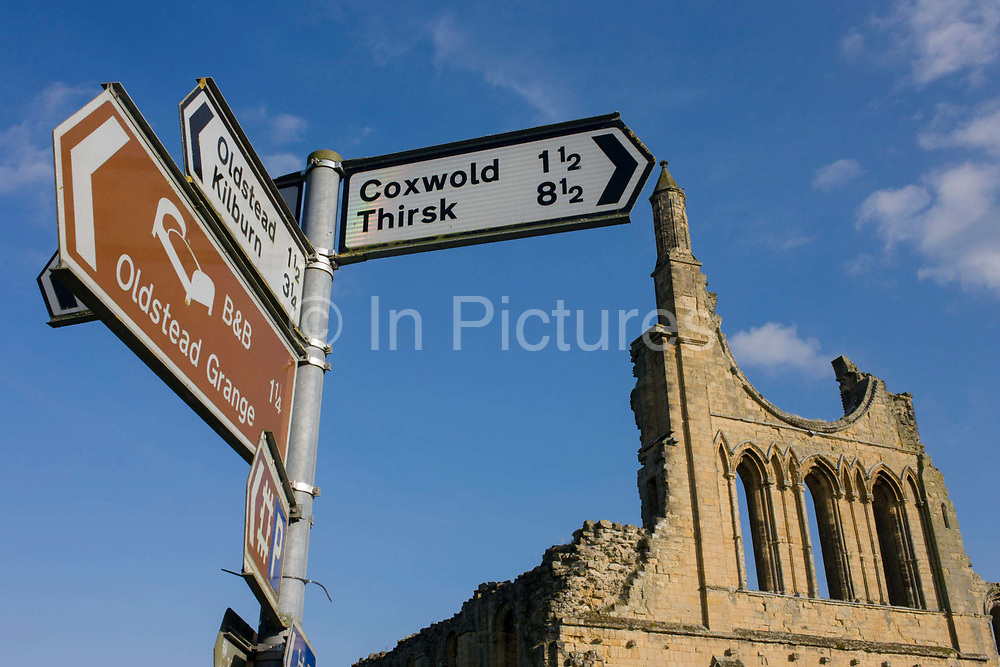