Visitors ponder the installation of artist Fiona Banner's fighter jet art work 'Harrier and Jaguar' which is exhibited in the south Duveens gallery at Tate Britain, London. This Sea Harrier aircraft was once in service with the Royal Air Force (RAF). It's serial number was ZE695 and the first flight was in 1988, crashing after its pilot ejected in 2000. Its insertion into the gallery was by dismantling the fuselage and re-assembling in situ. Its nose points a few inches from the ground and we see it's now empty cockpit. Banner's art is concerned with flying machines of war that flow low over her as a child in Wales. They may be machines of war but also have the personalities of hanging or submissive birds or beasts, nudes or totems, provoking the idea of body and machine in intimate confrontation. The show runs 28 June 2010 – 3 January 2011. 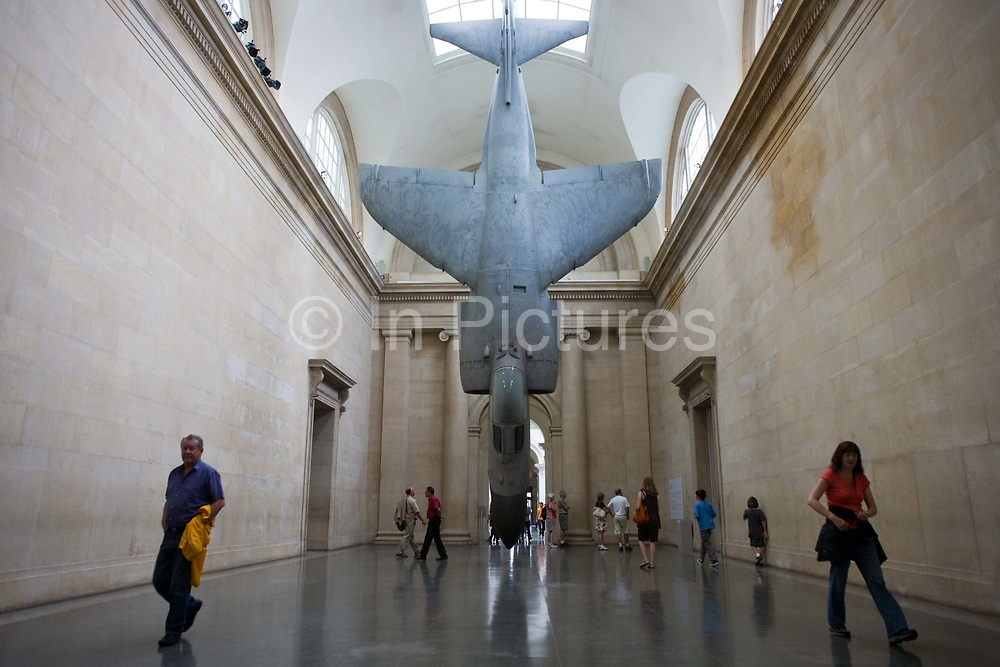