Early morning fog surrounds the London Eye on the Thames rver in London, England. Seen from a low angle, through the bare branches of winter trees, we see the pods of the most popular tourist attraction in Britain. The London Eye is a giant Ferris wheel on the South Bank of the River Thames in London, England. Also known as the Millennium Wheel, its official name was originally the British Airways London Eye, then the Merlin Entertainments London Eye, and since 20 January 2011, the EDF Energy London Eye following a three-year sponsorship deal 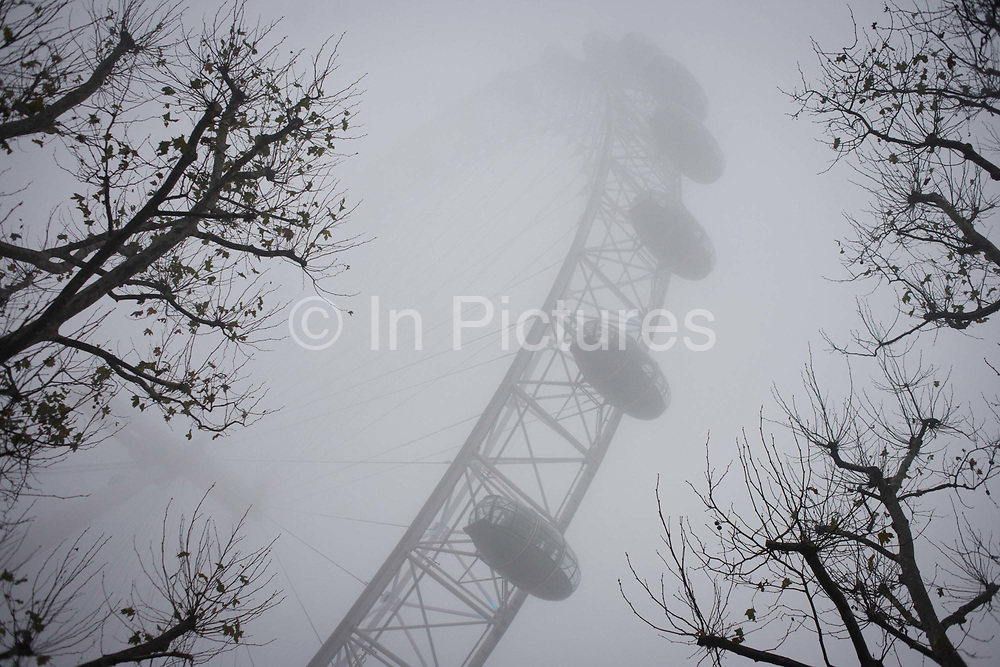