London, UK. Wednesday 11th June 2014. Black taxi drivers protest against taxi service app Uber, brings central London to a standstill on Victoria Embankment, with The Shard in the background. Joined in many numbers by future black cab drivers on mopeds currently doing 'The Knowledge'. London cabbies emphasised that they had no problem with Uber, only with Transport for London for not enforcing current legislation. Taxi drivers say the Uber app is tantamount to a meter and should be regulated like taxi meters. Uber says it has seen an 850% increase in sign-ups compared to last Wednesday and describes the London Taxi Drivers Association (LTDA), as being stuck in the dark ages. 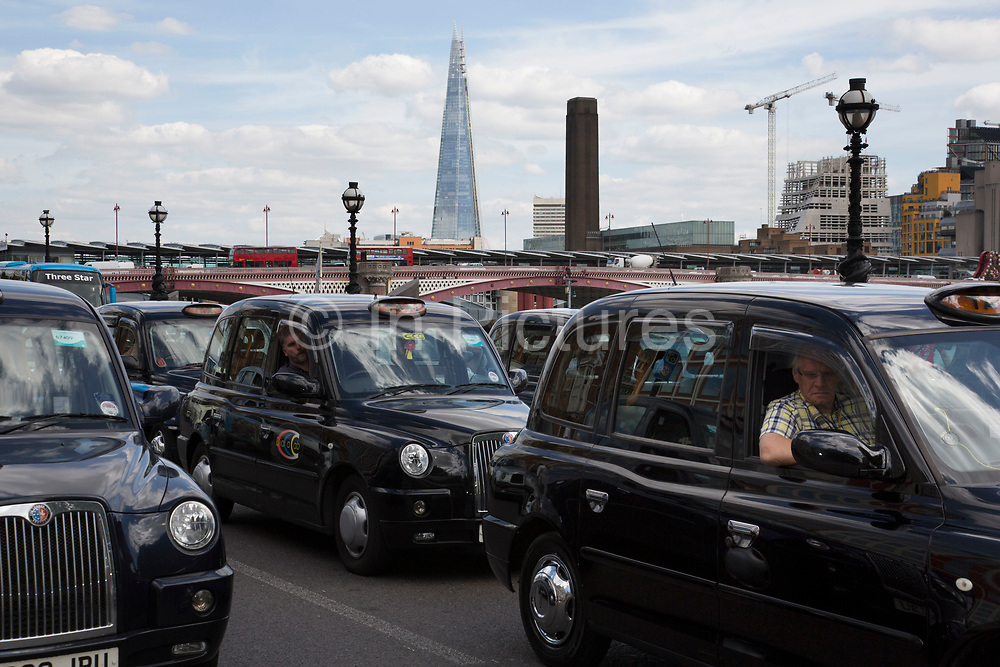