At the foot of a tree located opposite the charred Pentagon building days after the September 11th attacks in New York and Washington DC, children have made a makeshift memorial by placing a garland around the model of a military B52 bomber, a NASA space Shuttle, portrait of a smiling president George W Bush and their own interpretation of the attacks on the Twin Towers - with airliners flying towards those symbols of capitalism. Icons of American technology and patriotic success lie on the ground here beneath the tree near Arlington military Cemetery. In a show of unity, many of those gathered on the grass to view the damage done by terrorists worked for the government or defence organisations, their Hawkish rhetoric appearing to suggest heavy-handed retaliation on those held responsible. 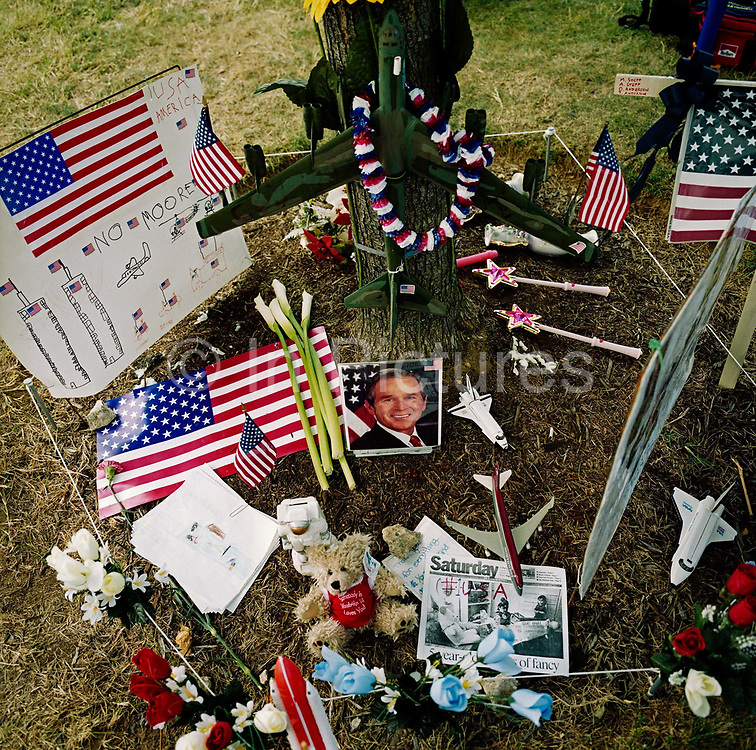