A red London Routemaster bus passes beneath large posters for the Garrick theatre's latest West End play, Twelve Angry Men, on Charing Cross Road. Stopped in traffic, the bus takes passengers on a route through the heart of Theatreland, south towards Trafalgar Square. On the side of the bus is the title of another production, the musical Mormon which is a big hit in the capital. The hybrid NB4L, or the Borismaster, New Routemaster or Boris Bus, is a 21st century replacement of the iconic Routemaster as a bus built specifically for use in London and is said to be 40 per cent more fuel efficient than conventional diesel buses. The brainchild of London's Conservative mayor Boris Johnson, its funding has been controversial amid massive fare increases in transport. 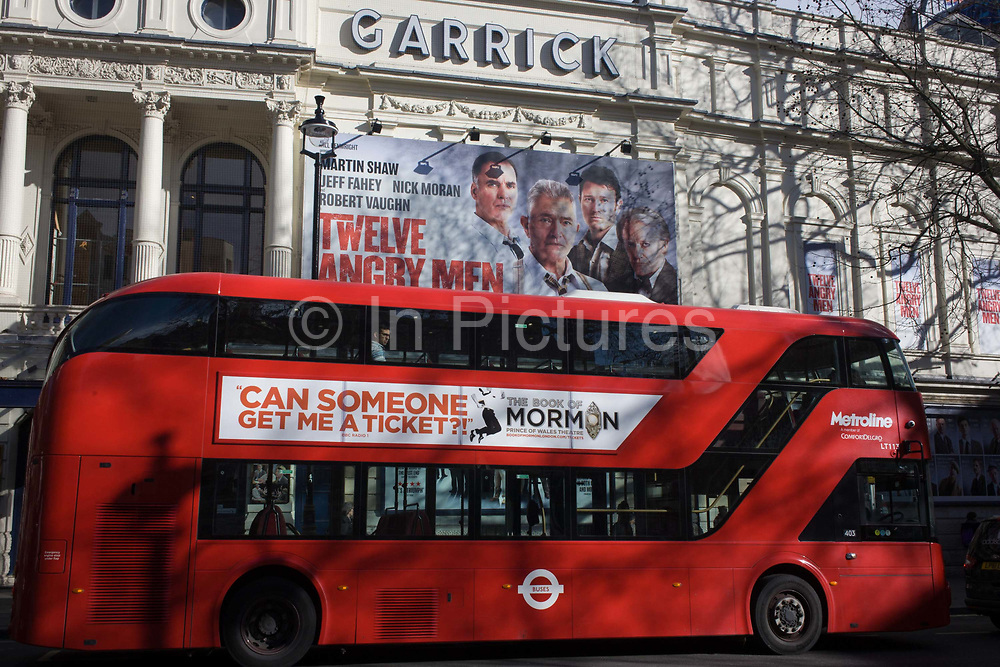