This ruined pig farm in the village of Babine in Northern Albania marks the site of a blood feud which has already cost the lives of several people.

The barn was deliberately built in 1961 on the site of a Sufi mosque by the head of the local communist party, Murat Balia. To add to the humiliation the mullah, Dervish Luska, a famous theologian had his head shaved in front of the village.

In 1991 after the fall of communism the coop was dissolved and people started to dismantle the buildings. The family of Amathj Mehmed were dismantling the building when it was too much for the old Coop head, Murat Balia, and a gun battle started leaving Murat, his son and the the father of the family dismantling the barn, Amathj Mehmed. The 2 families are now "in blood" and family hounour will result in future killings. 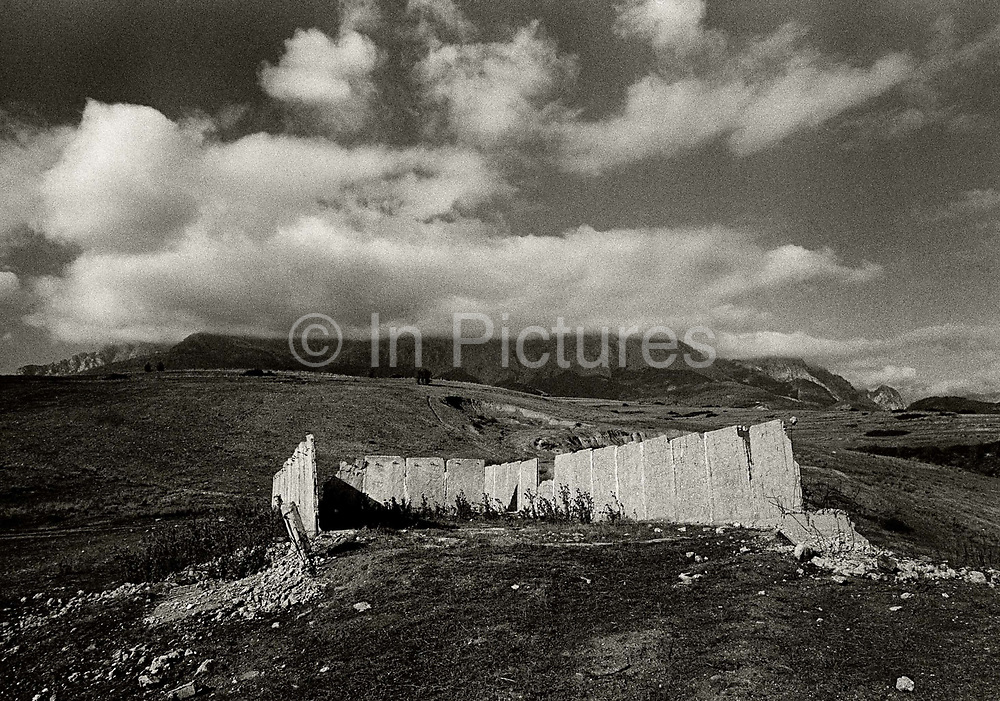