David Reynolds (aka Eco) is a long-term activist, campaigner in the peace movement and resident of the Faslane Peace Camp, Scotland. His home of three years is called the Earth Shack and is largely re-cycled from scrap and garbage found locally on rubbish tips. Eco leans against his garden fence holding a mug of coffee this chilly Sunday morning. Signs of his political beliefs adorn the place: CND logos and Peace on Earth statements. His mother was a ‘Carnie’ (after the word Carnival, someone working on the fairgrounds) so perhaps it’s from her that he more enjoys an alternative outdoor camping lifestyle after a few years in the army. Faslane Peace Camp is a makeshift site alongside Faslane Naval base where Trident nuclear deterrent missiles and submarines dock. The camp has been occupied continuously, in a few different locations, since 1982. 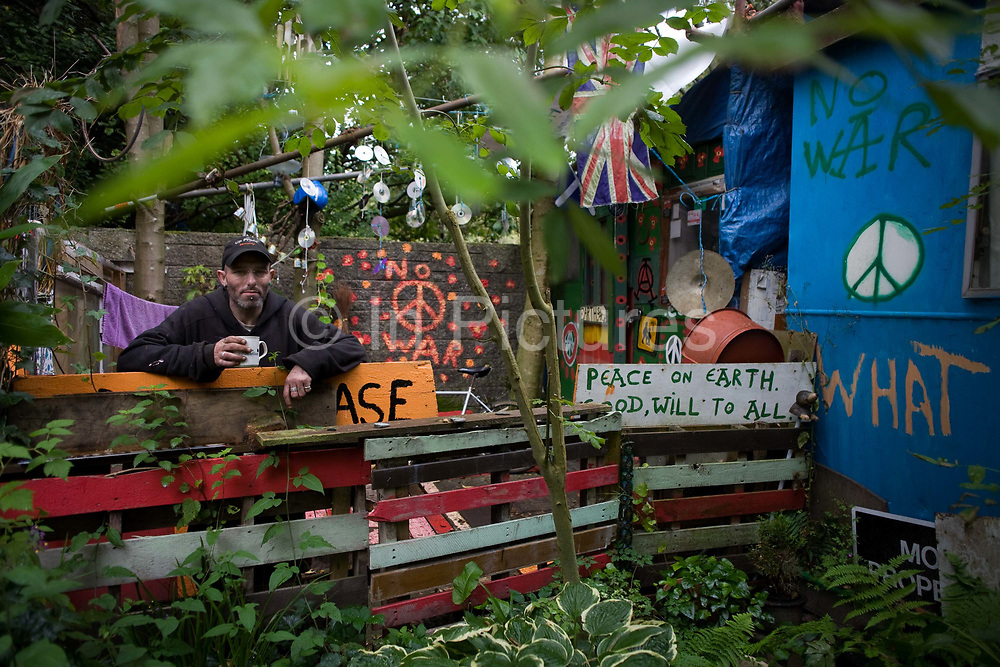