WW1 Ovillers cemetery, the resting place of allied and commonwealth war dead from the Somme, France. Surrounded by summer corn fields, the scene is peaceful and idyllic, a landscape of rural France - far from the horrors of the battle fought here almost 100 years ago.
There are now 3,440 Commonwealth servicemen of the First World War buried or commemorated in the cemetery. 2,480 of the burials are unidentified but there are special memorials to 24 casualties believed to be buried among them. The battle was one of the largest of World War I, in which more than 1,000,000 men were wounded or killed, making it one of humanity's bloodiest battles. 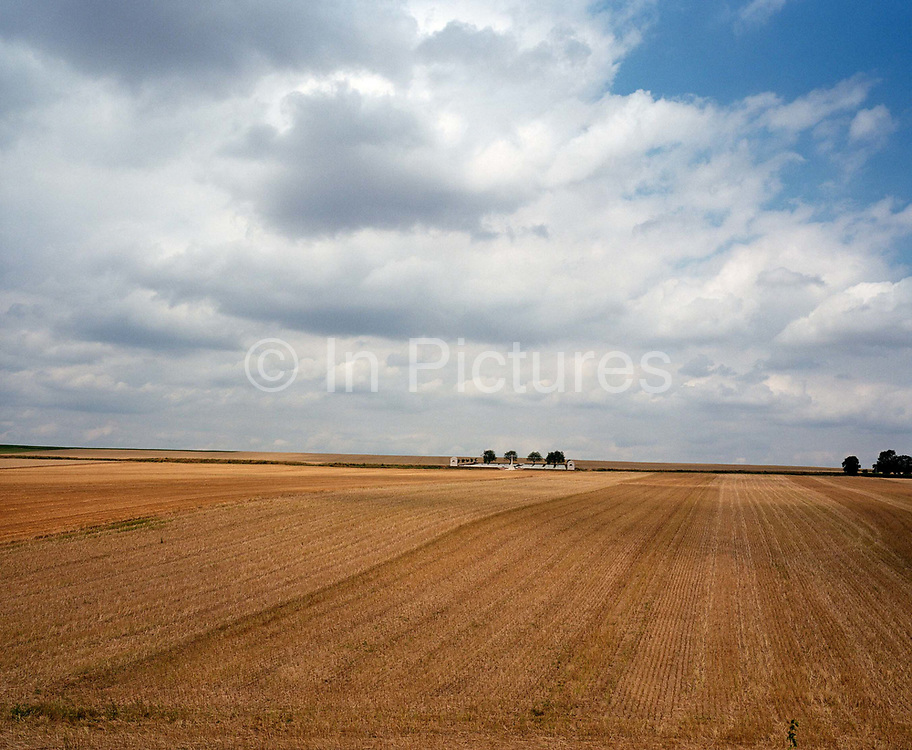