The Monday morning following the attacks on the World Trade Center on September 11th we see members of the National Guard wearing dust masks standing beneath the high columns of the Federal Hall, located at 26 Wall Street in New York City. It was the first capitol of the United States of America and the site of George Washington's first inauguration in 1789. It is also the place where the United States Bill of Rights was passed. To celebrate the near-return to financial normality, New Yorkers' spirit was proved intact by the hanging of US flags from buildings. Days after the historical events, security was prominent at all nationally symbolic institutions and buildings. As a show of force, it was also a clear deterrent for would-be criminals when New Yorkers felt vulnerable to further attack. 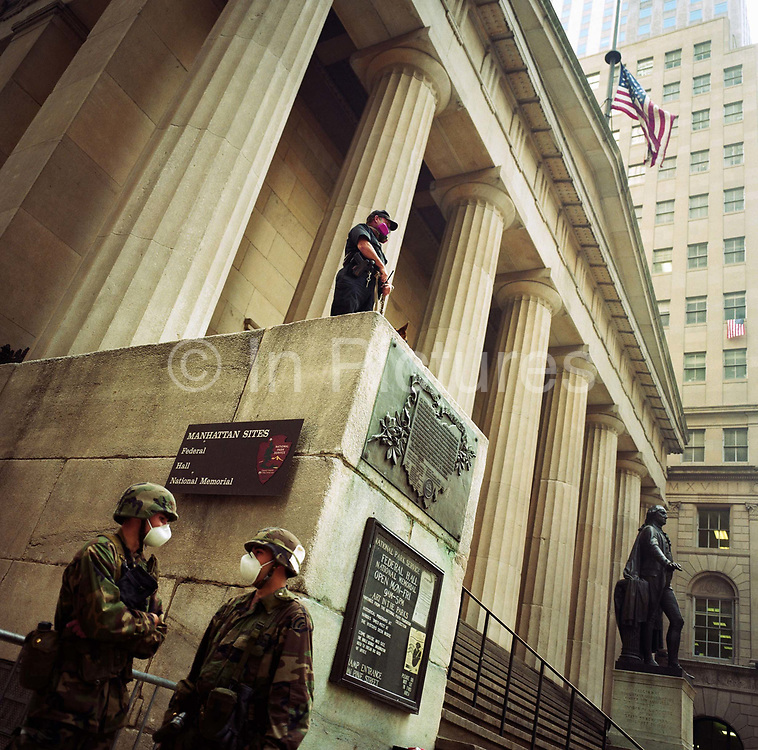