Police lines grow in numbers as a demonstration on Whitehall against Saudi Crown Prince Mohammad Bin Salman official visit to the UK on 7th March 2018 in London, United Kingdom. Mohammad bin Salman started his visit to the UK with the Conservative Party and royal family rolling out the red carpet for Saudi Arabias crown prince as opposition politicians and rights groups call on the British Prime Minister to use the trip to challenge the kingdoms record on human rights. Campaigners accuse Mohammad bin Salman of being the ‘chief architect’ of the Yemen war, which has led to what the U.N. describes as the worlds worst humanitarian crisis. 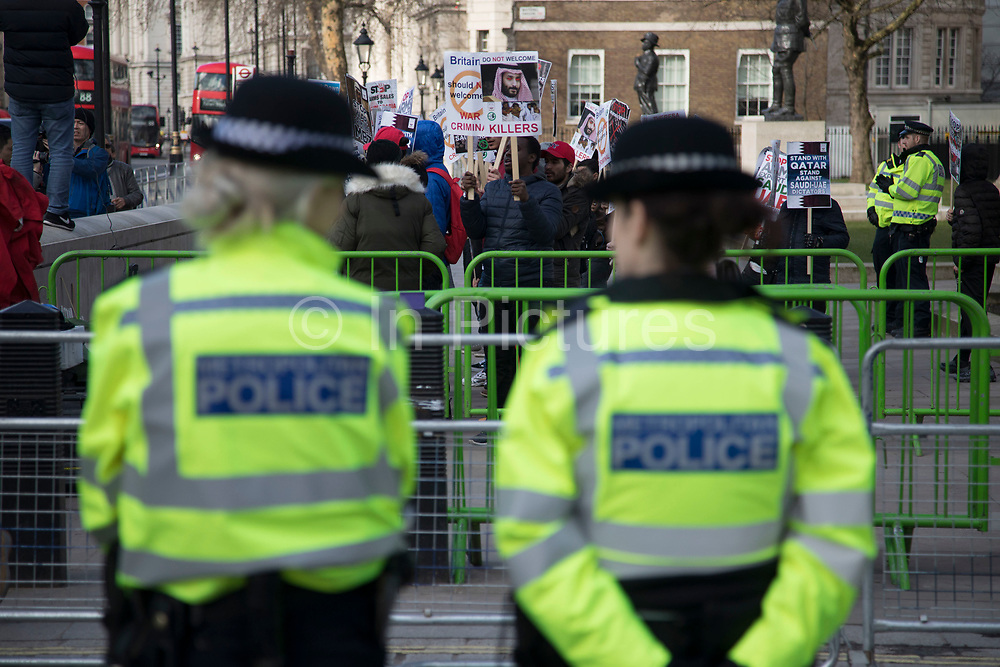