The remains of the former Hôtelissimo Les Relais Bleus Hotel, where the Air France Concorde airliner crashed on 25 July 2000. Now a flattened site, it is screened off from passers-by from a nearby road near Le Bourget airport - where the pilots of the stricken supersonic aircraft were trying to make for before it stalled and fell on this spot. One hundred passengers and nine crew members on board the flight died. On the ground, four people were killed and one seriously injured. 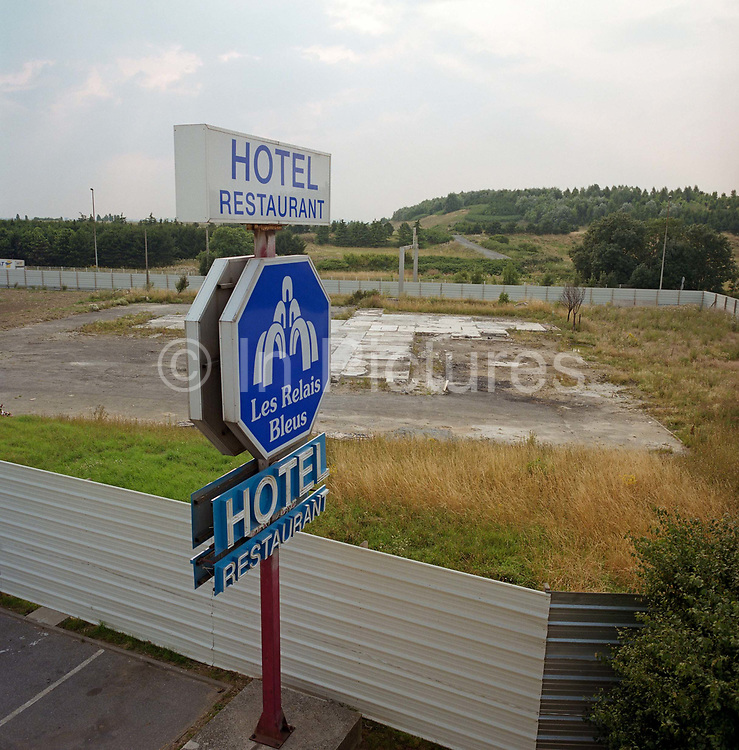