Officer pilots of the elite 'Red Arrows', Britain's prestigious Royal Air Force aerobatic team, lean against a wing of their Hawk jet in a pre-flight briefing while a member of their ground crew positions some wheel chocks. The highly-skilled engineer is known as a 'Blue' but the 'Reds' discuss flight plans. Eleven trades skills are imported from some sixty that the RAF employs and teaches. It is mid-day and only their flying boots and red legs are seen with the RAF roundel emblem is on the underside of the wing. The better-educated officers in the armed forces enjoy a more privileged lifestyle than their support staff. In the aerobatic squadron, the Blues outnumber the pilots 8:1. Without them, the Red Arrows couldn't fly. Some of the team's Hawks are 25 years old and their air frames require constant attention, with increasingly frequent major overhauls due. 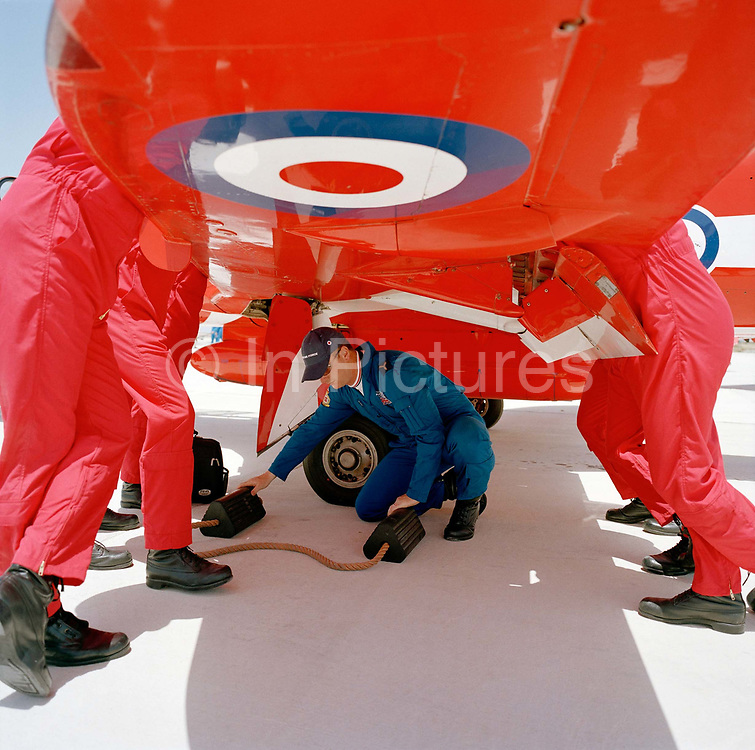