City workers passing by outside the Lloyds Building in the City of London, England, United Kingdom. The Lloyds building also sometimes known as the Inside-Out Building is the home of the insurance institution Lloyds of London, and is located at 1, Lime Street. It was designed by architect Richard Rogers and built between 1978 and 1986. The building was innovative in having its services such as staircases, lifts, electrical power conduits and water pipes on the outside, leaving an uncluttered space inside. 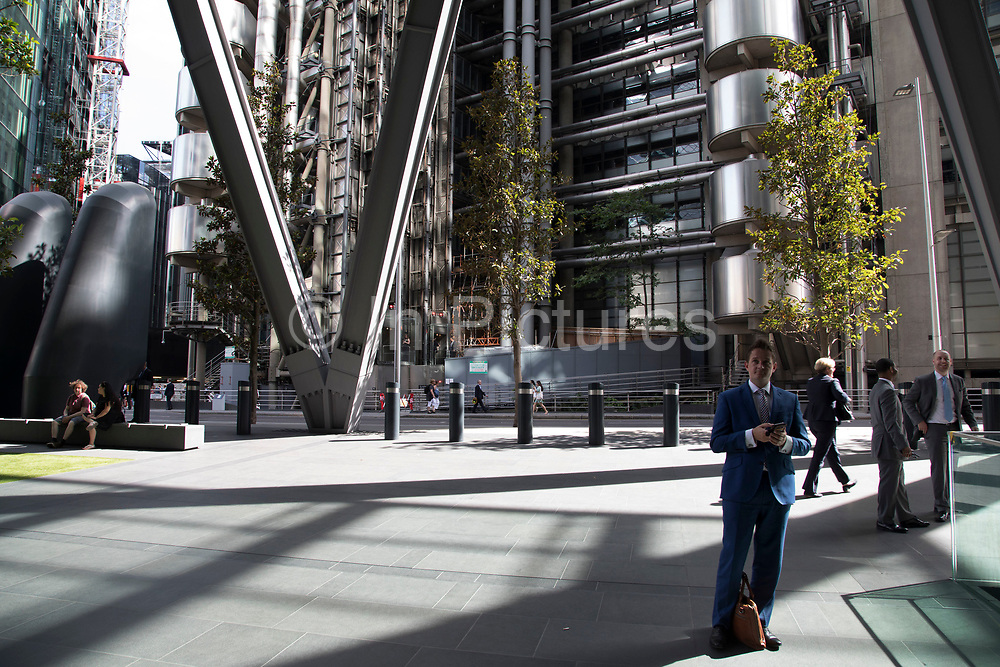