A 1999 landscape showing the construction of the new Millennium Bridge over the river Thames, opposite St. Pauls Cathedral in the City, on 16th February 1999, in London, England. The £18.2m Millennium Bridge a Thames crossing linking the City of London at St. Pauls Cathedral with the Tate Modern Gallery at Bankside was Londons newest river crossing for 100-plus years and coincided with the Millennium, it was hurriedly finished and opened to the public on 10 June 2000 when an estimated 100,000 people crossed it to discover the structure oscillated so much that it was forced to close 2 days later. Over the next 18 months designers added dampeners to stop its wobble but it already symbolised what was embarrassing and failing in British pride. Now the British Standard code of bridge loading has been updated to cover the swaying phenomenon, referred to as Synchronous Lateral Excitation. 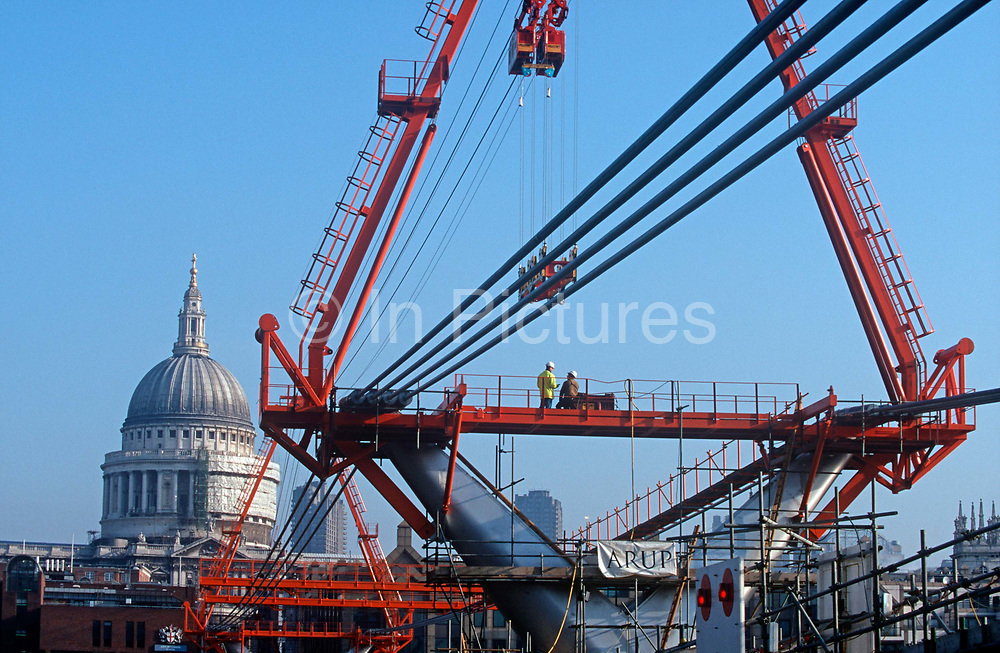