Cycle locks outside the Uffizi gallery, Florence. Florence has decided to stamp out a tradition which has recently drawn thousands of young lovers to the city's famous Ponte Vecchio bridge. Enamoured couples have been going to the bridge to attach padlocks to a bronze bust and the railings around it. The act is seen as symbolising the 'unbreakable' bonds uniting them.

The result, according to grumpy council officials, has been a proliferation of unsightly clusters of metal disfiguring the monument to Benvenuto Cellini, one of the city's most famous artistic sons. In the winter of 2011 the council set a team of metal cutters to work removing the 5,500 locks which had accumulated on the railings. Meanwhile, city police have been told to watch over the busy tourist site and to slap a 50-euro fine on anyone who tries to attach a lock. The work of removing the "lucchetti d'amore" took a long time because workmen were battling against a never-ending flow of loving couples who arrived in Florence and made straight for the Ponte Vecchio 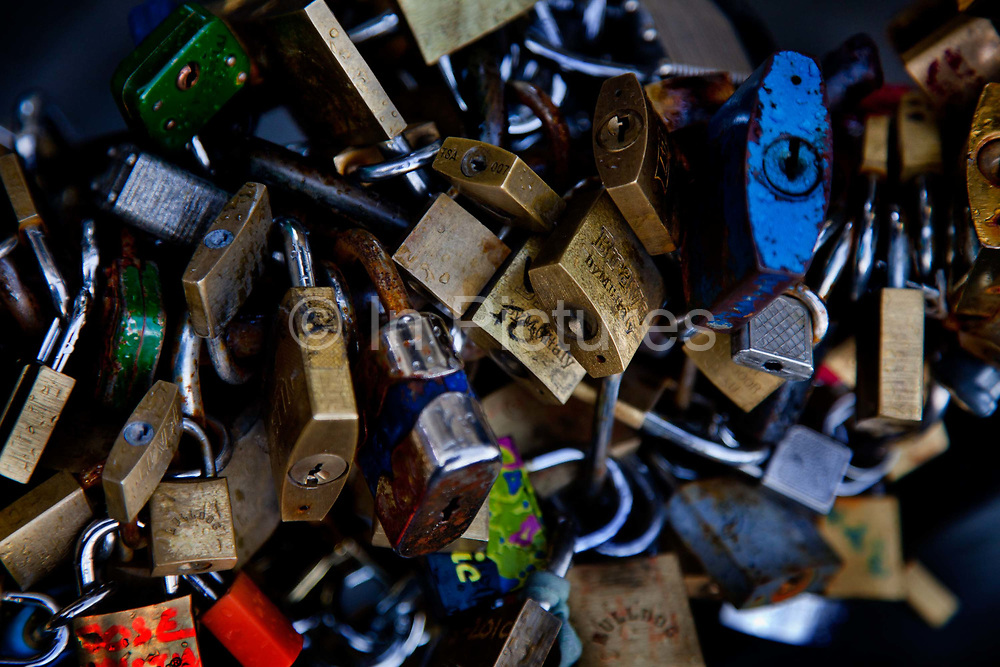