Construction hoarding and London cityscape showing the capital at The Pinnacle project on Bishopsgate in the City of London. Construction work has been suspended again on the Pinnacle in the City of London. Contractor Brookfield is understood to have been told to stop work following more funding concerns over the Square Mile’s tallest tower. Brookfield restarted work last September after developer Arab Investments put together a new finance package. But a lack of a pre-let tenant has now caused further delays on site leaving Byrne Bros concrete cores standing idle. The Bishopsgate Tower, informally referred to as The Pinnacle, was to be a 288 m (945 ft), 64-storey skyscraper in the centre of London's main financial district. 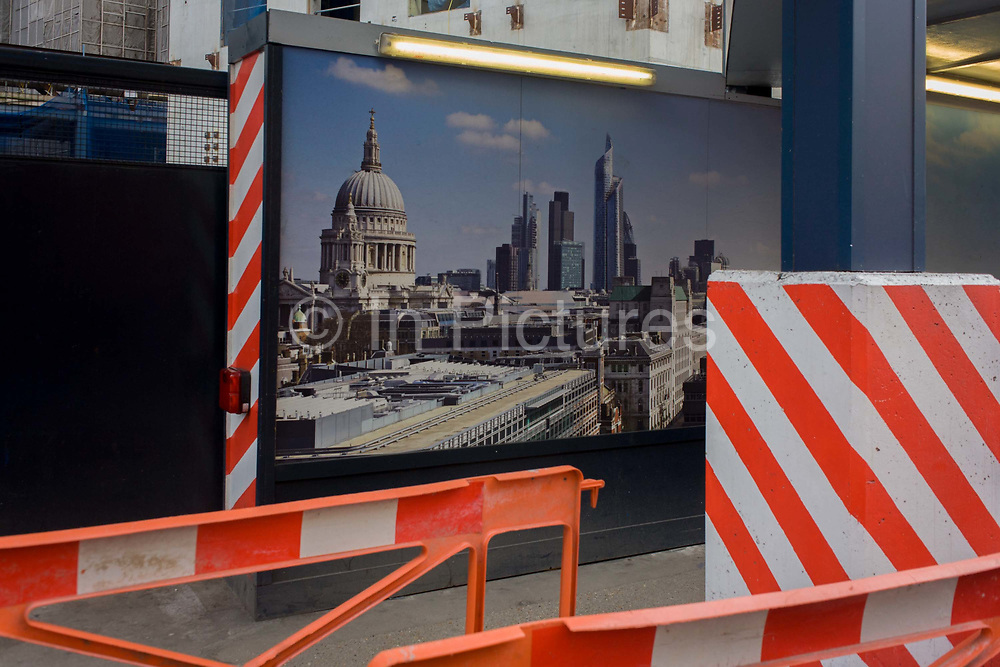