An incongruous fantasy landscape has been installed in London's Leicester Square where movie premiers at various cinemas atrract interest from the young and old, in this case, film theme characters' faces from "Rise of the Guardians" by the DreamWorks. The production is a 2012 3D computer-animated fantasy-adventure film based on William Joyce's The Guardians of Childhood book series and The Man in the Moon short film by Joyce and Reel FX. In the background is the stark young face of Cosette, a character in Les Miserables. 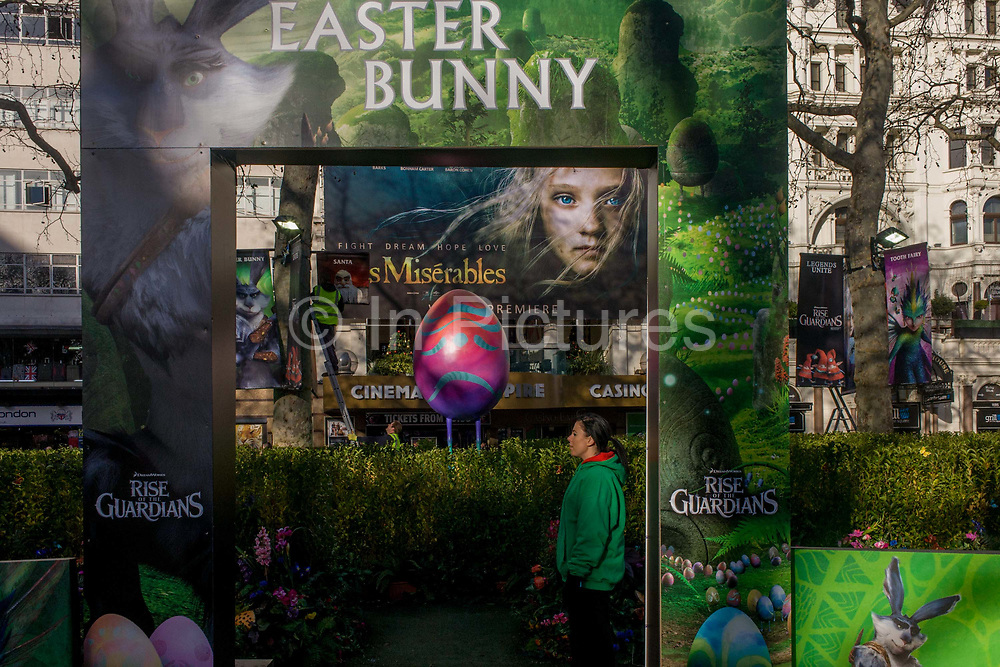