Architectural detail inside a lower-ground control bunker at the former nuclear weapons-era airfield occupied by US Air force personnel during the Cold War and now vacant, awaiting re-landscaping and returning to common parkland for the public to use. Opened in 1942, it was used by both the Royal Air Force and United States Army Air Forces during World War II and the United States Air Force during the Cold War. After the Cold War ended, it was closed in 1993. The airfield was also known for the Greenham Common Women's Peace Camp held outside its gates in the 1980s. In 1997 Greenham Common was designated as public parkland. 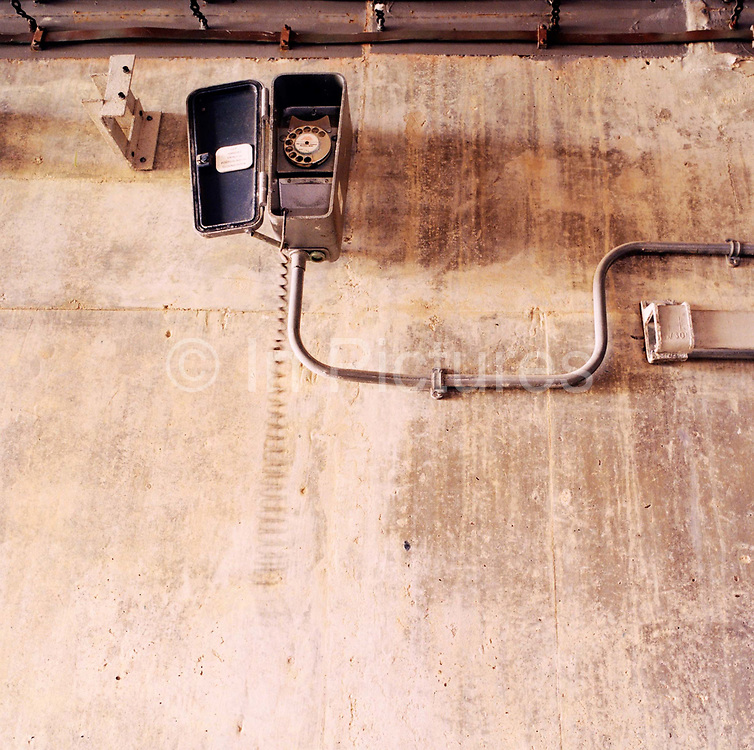