The WW1 Courcelette cemetery in Picardie, France. Courcelette was a major tactical objective in the Battle of Flers-Courcelette during the Somme Offensive of the First World War during which the nearby village was razed. Courcelette is 10 kilometres north-east of the town of Albert, just off the D929 road to Bapaume. The cemetery was greatly enlarged after the Armistice when almost 2,000 graves were brought in, mostly those of men who died around Courcelette and Pozieres in 1916. The Cemetery, signposted in the village, is approximately 1 kilometre west of the village on the south side of a track (suitable for cars) from the secondary road from Courcelette to Pozieres. 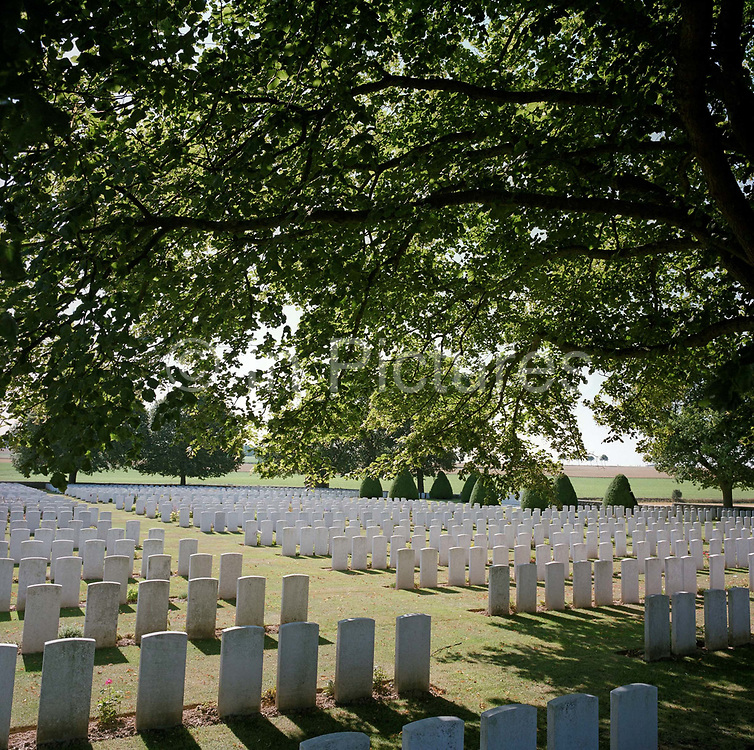