A European tour group admires renaissance statue copies in Florence's Loggia dei Lanzi, Piazza della Signoria. Standing beneath the taller piece entitled 'Rape of the Sabine Women' is by the Flemish artist Jean de Boulogne, better known by his Italianized name Giambologna and the visitors to this medieval city tour the cultural landmarks beneath gothic arches and replica artworks. The Rape of the Sabine Women is an episode in the legendary history of Rome in which the first generation of Roman men acquired wives for themselves from the neighboring Sabine families. The Loggia dei Lanzi, also called the Loggia della Signoria, is a building on a corner of the Piazza della Signoria adjoining the Uffizi Gallery. It consists of wide arches open to the street, three bays wide and one bay deep. 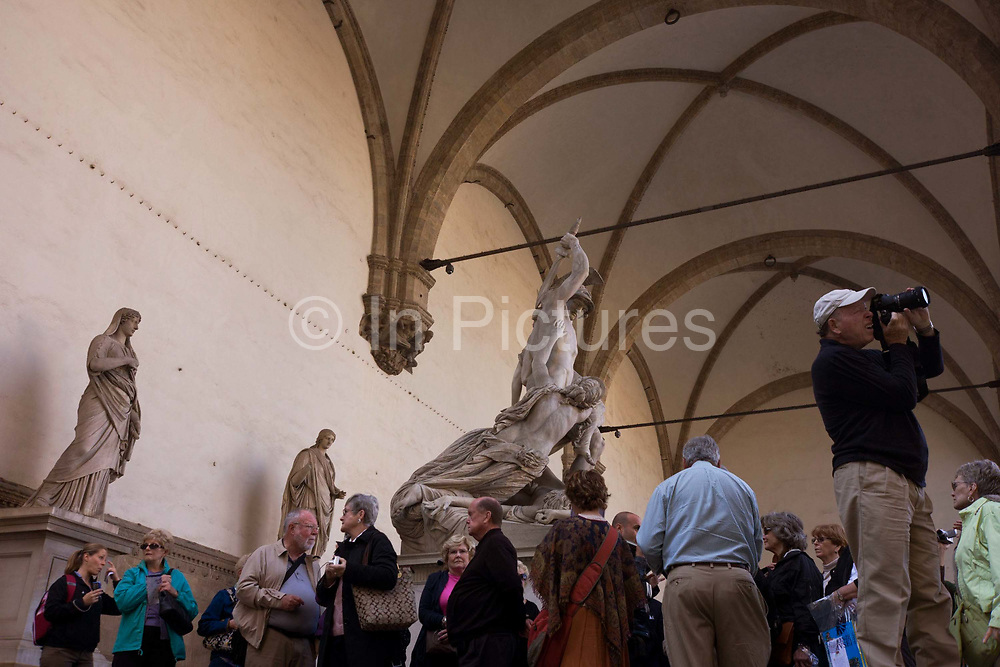