Visitors look at the names of the dead at the Nanjing Massacre Memorial in Nanjing, China on 04 March, 2011. After seizing Shanghai in late 1937, the Japanese Army went on a six-week rampage in Nanjing, then known as Nanking, slaughtering and raping waves of civilians in an episode that later became known as the Nanking Massacre or the Rape of Nanking. Most historians generally agree that at least 150,000 people were killed in the massacre — China puts the death toll at 300,000 — and tens of thousands raped. 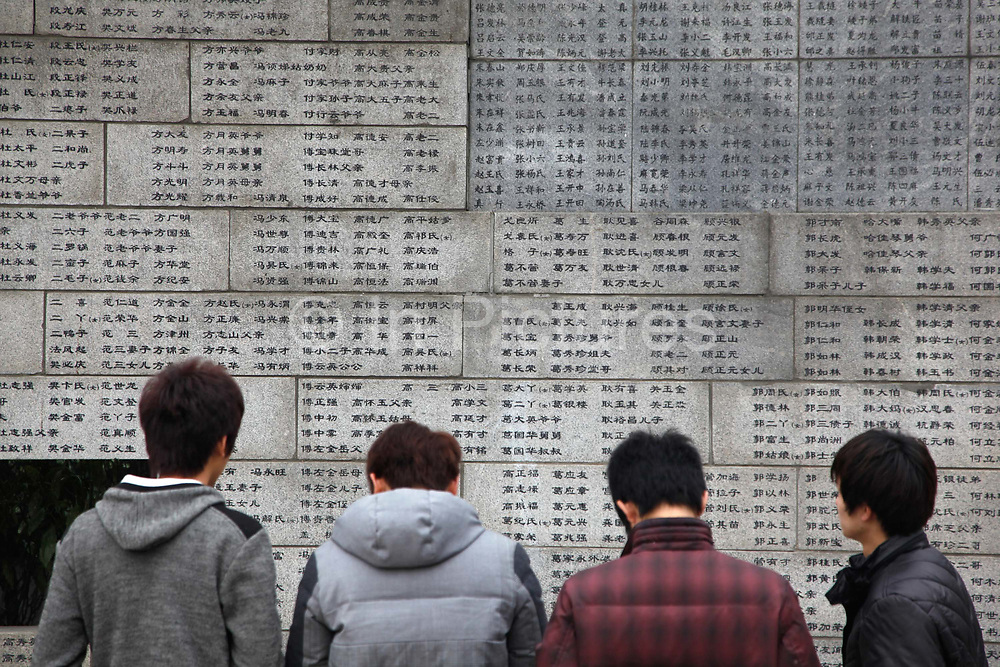