Former British Prime Minister Edward Heath greets the Chinese Panda Ming Ming at London Zoo, on loan from the Chinese government as part of a breeding programme, on 22nd October 1991, in London, England. Edward Heath met with Premier Li Peng and agreed to loan a female panda to London Zoo for an international breeding project. But London Zoo’s male panda Chia Chia unfortunately died in the week before her arrival and the other male, Bao Bao, and Ming Ming didn’t get on and on the first day that both pandas were in the same enclosure, it all went wrong when the play-fight that normally precedes the mating process with pandas turned nasty and Ming Ming was badly injured. She lost part of an ear, had two infections and needed surgery and antibiotics. The risks were too great to put them together again and they performed artificial insemination on Ming Ming in 1992 and 1993 but it didn’t work. Ming Ming, the world’s oldest panda died on the morning of May 7, 2011 at the age of approximately 34. 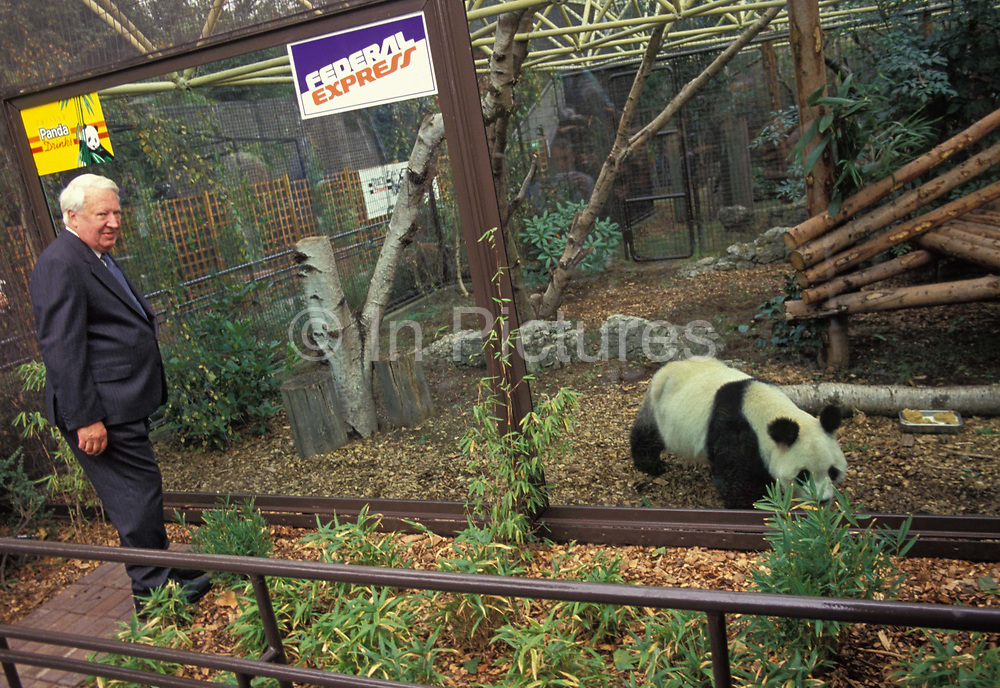