People gathered listening to speakers. Occupy London protest at St Pauls, October 16th 2011. Protest spreads from the US with this demonstrations in London and other cities worldwide. The 'Occupy' movement is spreading via social media. After four weeks of focus on the Wall Street protest, the campaign against the global banking industry started in the UK this weekend, with the biggest event aiming to "occupy" the London Stock Exchange. The protests have been organised on social media pages that between them have picked up more than 15,000 followers. Campaigners gathered outside at midday before marching the short distance to Paternoster Square, home of the Stock Exchange and other banks.It is one of a series of events planned around the UK as part of a global day of action, with 800-plus protests promised so far worldwide.Paternoster Square is a private development, giving police more powers to not allow protesters or activists inside. 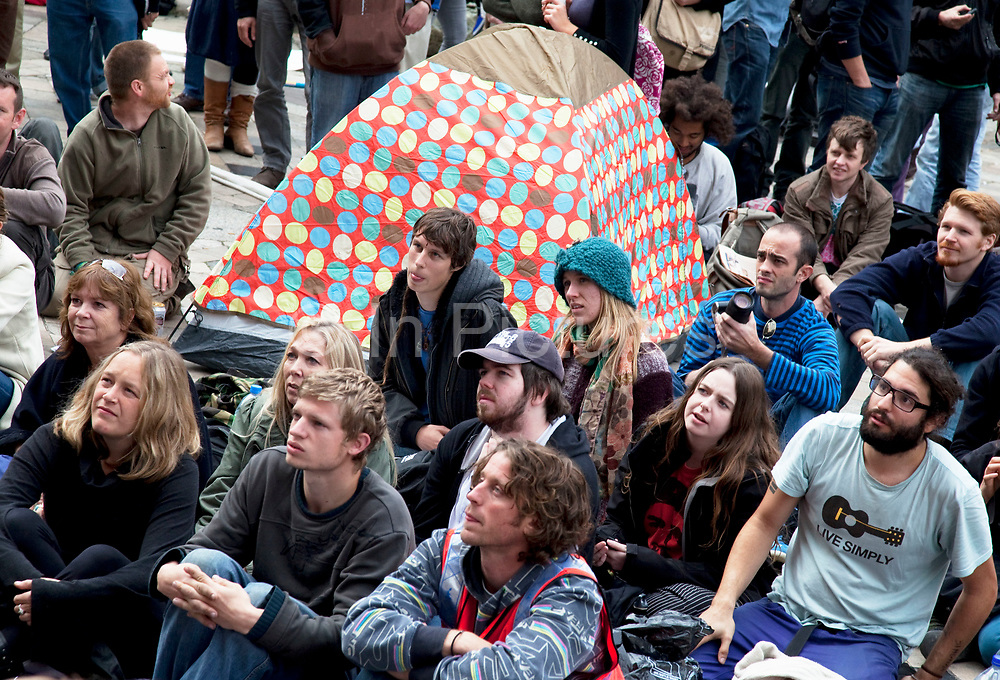