The Belgian Frigate Leopold I F930 of the Belgian Navy leaving London with assistance from tugs under Tower Bridge on the River Thames following a London visit on July 15, 2018 in London, England. Leopold I F930 is a Karel Doorman-class frigate and is 122m 401.33 ft long with a displacement of 2,800 tonnes and has taken part in anti-drug operations in the Caribbean together with the US Navy, was part of the UN operations in the Adriatic Sea during the conflicts in the former republics of Yugoslavia, as well as various NATO exercises. 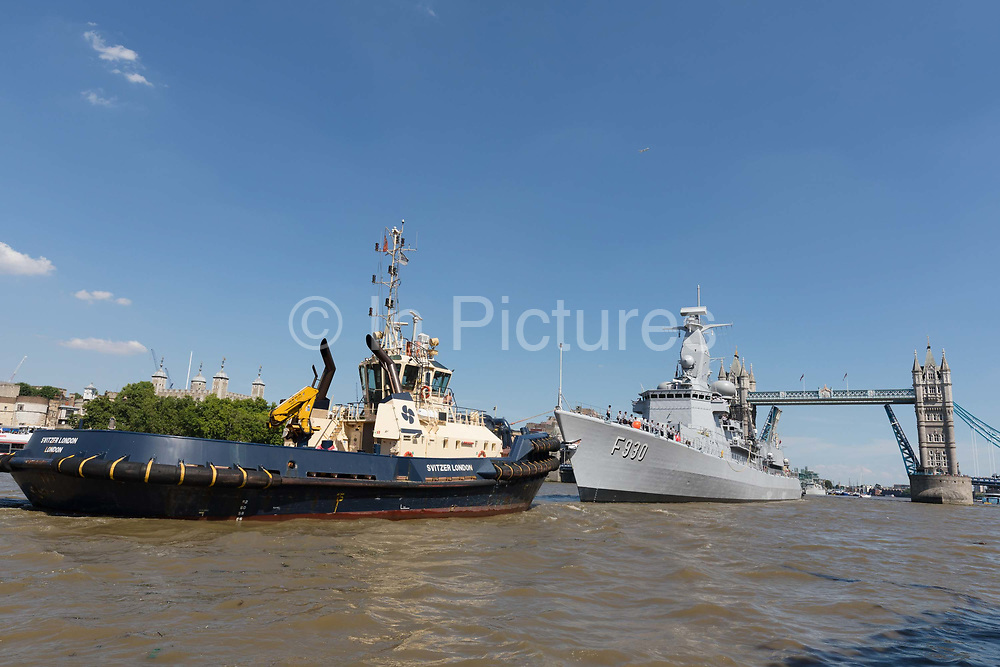