A Sikh man helps another up, beneath one of the four lions at the base of Nelson's Column in London's Trafalgar Square. As a symbol of a multi-racial, multi-ethnic Britain, we see the men from Indian descent, beneath another symbol - that of a bygone British Empire, from an era of expansion, trade and rule over the British Raj. The lion is below the memorial to Lord Haratio Nelson, Britain's navel hero who died in the Battle of Trafalgar during the Napoleonic wars, in 1805. 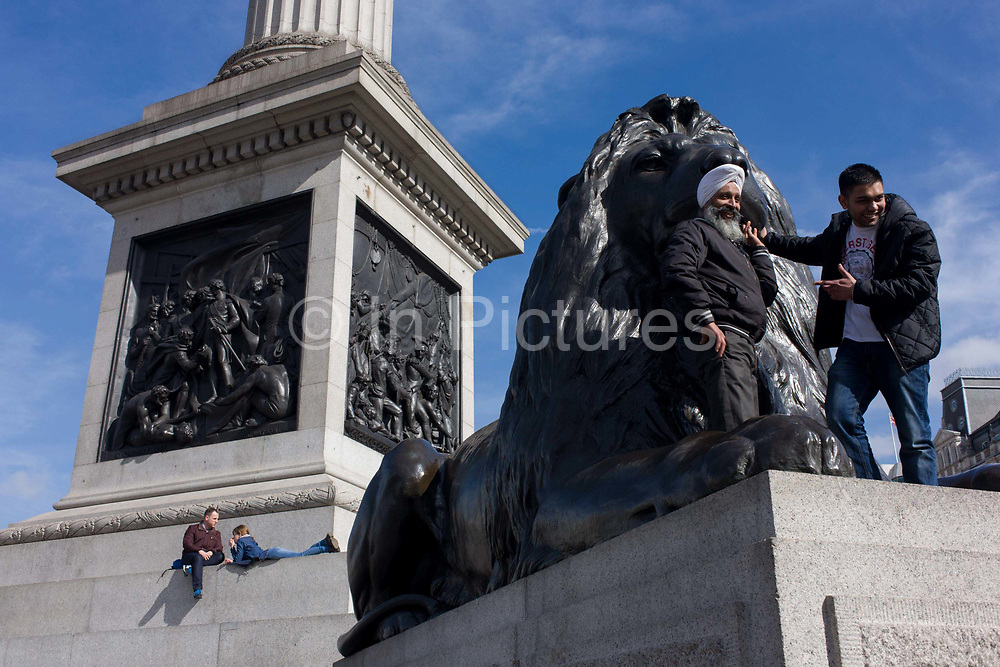