A Bahrani aircraft mechanic stands beneath the giant nose wheel assembly of a Being airliner at Bahrain International Airport. Wearing a red headset, he can communicate by cable with the pilots high up in the aircraft's cockpit as a vehicle pushes-back the flying machine onto the taxi-way before starting its engines and departure. It is another hot day in this Gulf State, a key hub airport in the region, providing a gateway to the Northern Gulf. The airport is the major hub for Gulf Air which provides 52% of overall movements. It is also the half-way point between Western Europe and Asian destinations such as Hong Kong and Beijing. Picture from the 'Plane Pictures' project, a celebration of aviation aesthetics and flying culture, 100 years after the Wright brothers first 12 seconds/120 feet powered flight at Kitty Hawk,1903. 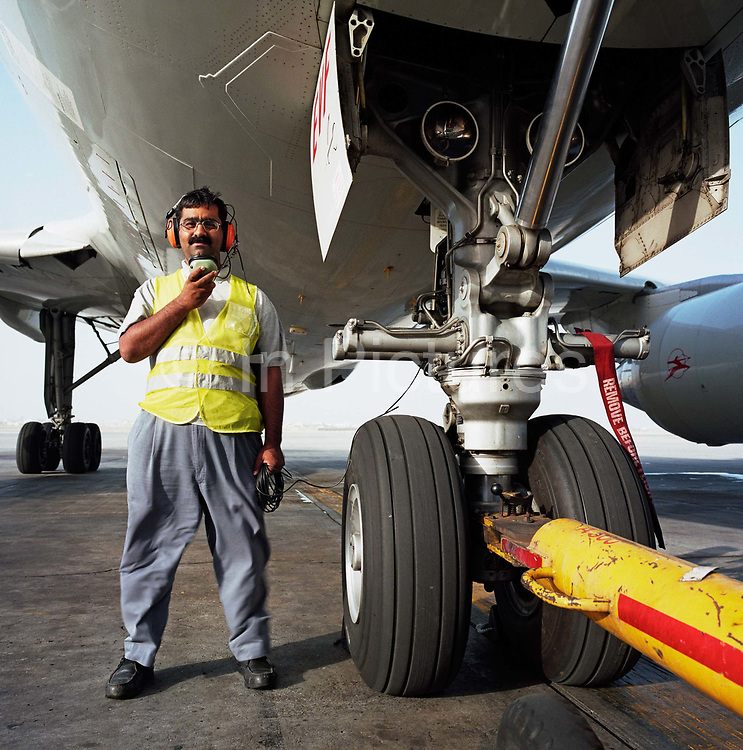