Real remembrance wreaths on the ground at the foot of a black and white vintage era photograph that shows the Cenotaph, currently hiding the real monument being renovated in London's Whitehall. In a landscape of false perspective and confusing juxtapositions between reality and the reproduction of the picture, we see the famous war memorial in central London. The London Cenotaph was originally a temporary structure erected for a peace parade following the end of World War I, but following an outpouring of national sentiment it was replaced by a permanent structure and designated the United Kingdom's official war memorial. Designed by Sir Edwin Lutyens, the permanent structure was built from Portland stone between 1919 and 1920. 'Cenotaph' derives from the Greek kenotaphion (empty tomb). 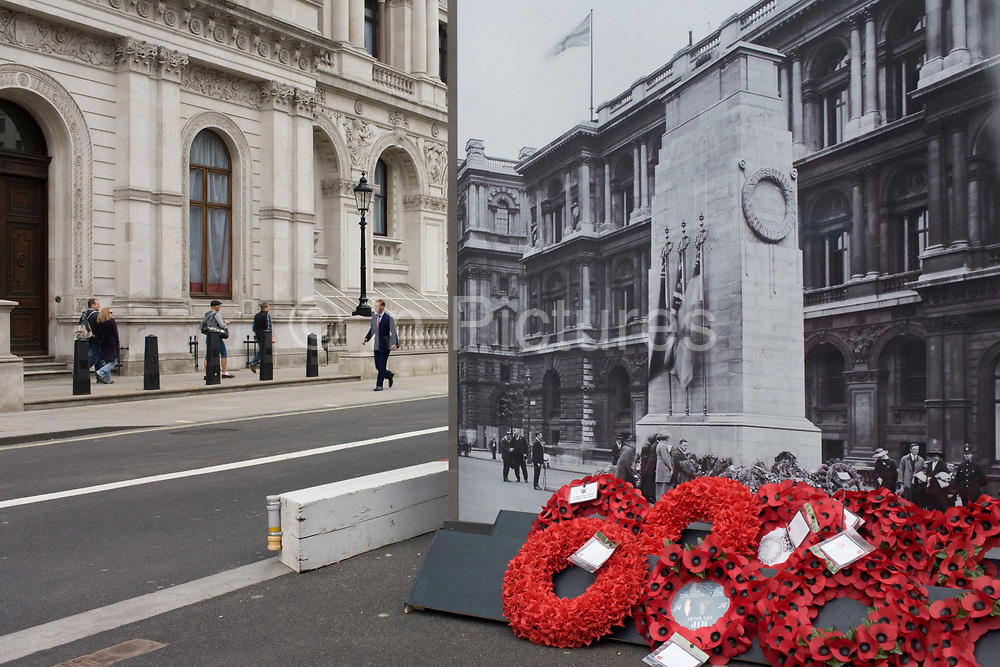