Ben Duzniak with Hannah Clarke as Panty & Stocking attending the London Film and Comic Con LFCC is a convention held annually in London that focuses on films, cult television and comics. The convention holds a large dealers hall selling movie, comic and science fiction related memorabiliaand original film props, along with free guest talks, professional photoshoots, autograph sessions, displays. Many of the visitors / attendeesarrive dressed up as their favourite comic and sci-fi characters in the most outlandish costumes which draws from the award-winning formula of innovative gameplay.
Panty & Stocking with Garterbelt is a Japanese anime television series produced by Gainax that looks like an American cartoon that’s being dubbed in Japanese!
Panty and Stocking, are angels who were kicked out of Heaven due to their bad behavior. 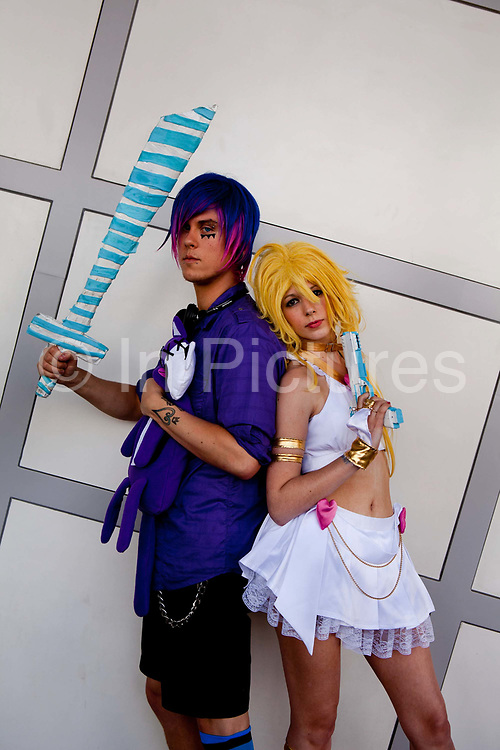