An 'Enhanced' prisoner reading a newspaper while his cell mate plays computer games on H wing at the Young Offenders Institution in Aylesbury, United Kingdom. Under the Incentives and Earned Privilege Scheme, prisoners in the UK can earn extra privileges for good behaviour such as wearing their own clothes, having televisions in their cells, and having more free time to socialise. They are often housed together in their own wing. There are three levels of earned privileges - Basic, Standard and Enhanced. HMYOI / HM Prison Aylesbury (Her Majesty's Young Offender Institution Aylesbury) is a prison is operated by Her Majesty's Prison Service. 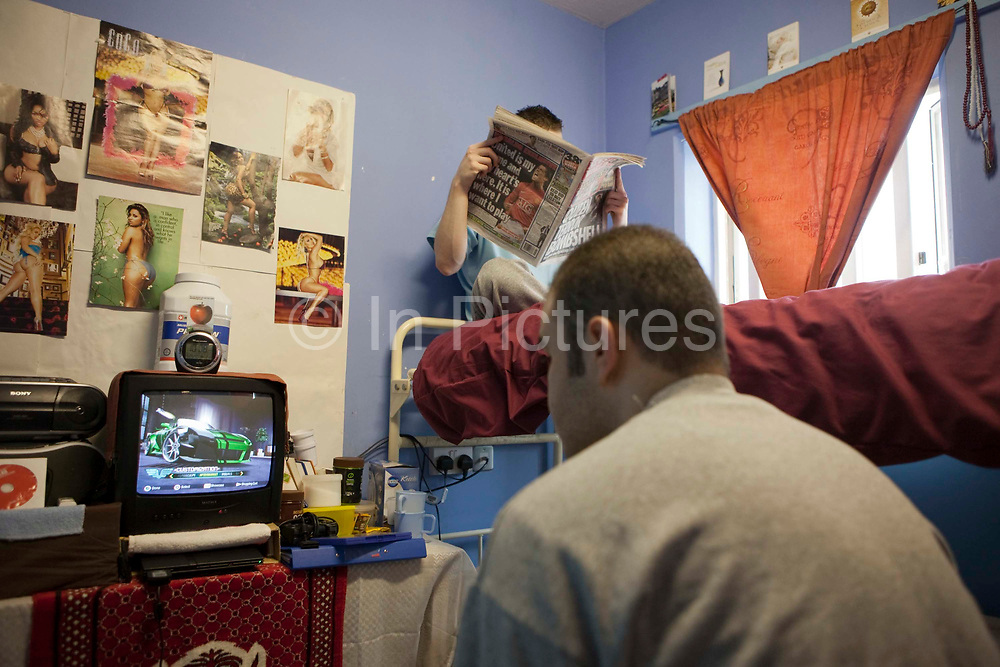