An prosperous-looking elderly middle-class voter who represents so-called middle-England, protests over coalition plans over the NHS, holding a placard in Butter Market in the centre of Canterbury. Health Secretary Jeremy Hunt and Conservative (Tory) Prime Minister David Cameron are parodied on the poster urging them to keep the country's National Health Service out of private hands, to keep it as a government organisation, run by Hunt and overseen by his boss, Cameron. The town of Canterbury hosted the enthronement of the Church of England's new Archbishop, allowing students and this well-dressed tady to voice their concerns. 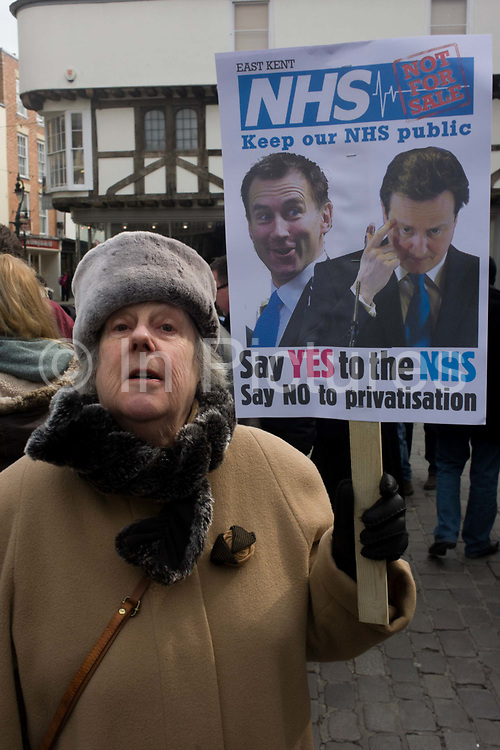