Natwest Bank plc sign and architecture of Cornhill Exchange, City of London. Focus is on the neo-Roman architecture of Cornhill's exchange building behind. At the top of Doric and Ionic columns with their ornate stonework, powerfully strong lintels cross, bearing the load of fine artistry and carvings which feature the design by Sir William Tite in 1842-1844 and opened in 1844 by Queen Victoria whose name is written in Latin (Victoriae R). NatWest is the largest retail and commercial bank in the United Kingdom. Since 2000, it has been part of The Royal Bank of Scotland Group, ranked among the top 10 largest banks in the world by assets. Today it has more than 7.5 million personal customers and 850,000 small business accounts. In Ireland it operates through its Ulster Bank subsidiary. 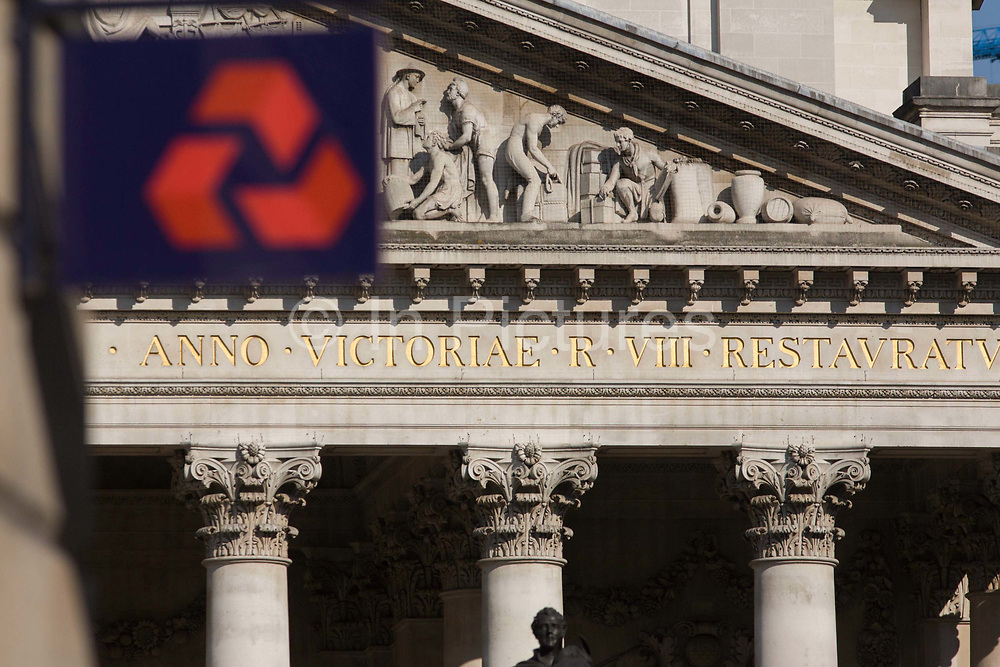