A woman and a child walk in front of a roll of new apartment buildings in Shanghai, China on 07 April, 2009. By making short-term and sometimes hasty bets on China's property market, analysts say, some of the world's biggest financial institutions such as Morgan Stanley, Merry Lynch, and Deutsche Bank, may have lost as much as $10 billion. For the past decade, Shanghai has underwent the largest reconstruction in recorded history, over 20 million square meters of land, approximately a third of Manhattan, were developed between year 200 and 2005 alone. Despite that however, housing prices have seen a rapid increase, putting the prospect of owning a decent sized home out of the reach of ordinary Chinese citizens, especially middle to low income families. 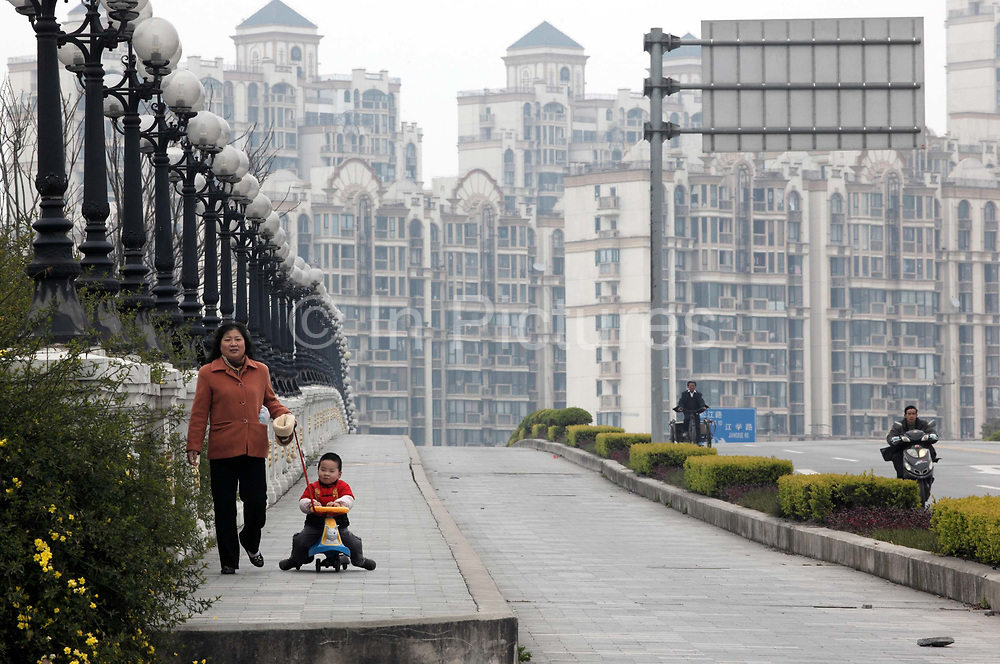