Fading flowers on the memorial to the murdered WPC Yvonne Fletcher in St. Jamess Square, on 29th April 2019, in London, England. WPC Yvonne Fletcher, a Metropolitan Police officer, was shot and killed by an unknown gunman on 17 April 1984, during a protest outside the Libyan embassy on St Jamess Square, London. Her death resulted in an eleven-day siege of the embassy, at the end of which those inside were expelled from the country and the United Kingdom severed diplomatic relations with Libya. 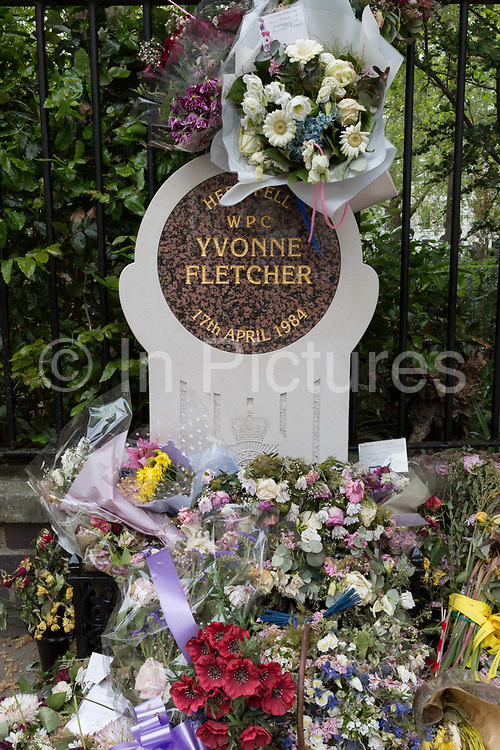