Exterior of the Algernon Tollemache almshouse in the west London village of Ham. The Poor Law Amendment Act 1834 established a Board of Guardians, comprising 21 elected guardians for Kingston and its surrounding parishes. Ham always had one or two representatives, but sent very few of its poor to the workhouse, mainly assisting them locally in almshouses. Algernon Gray Tollemache (24 September 1805 – 16 January 1892, London) was a British gentleman and politician. In 1881, Algernon and Frances were living at nearby Ham House but after his death Francis founded six almshouses in Ham in his memory, with an endowment of £16,000 to support three couples and three single residents. 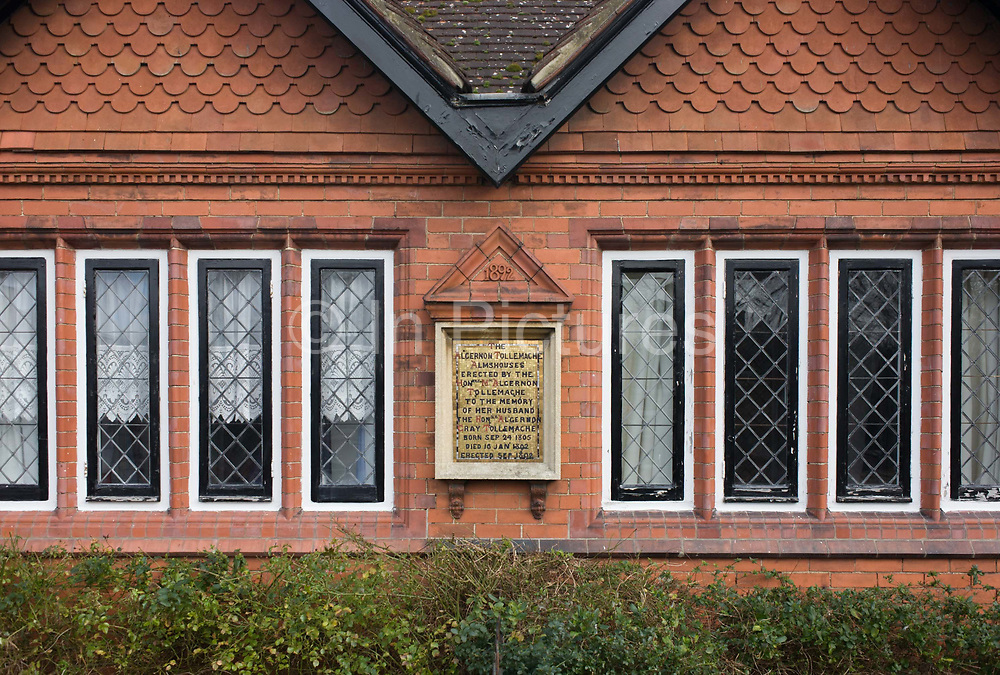