Women protesters march through central London as part of an international campaign on the first full day of Donald Trumps presidency, on 21st January 2017, in London, England. They marched from the US embassy in Mayfair, to Trafalgar Square for a rally, held in solidarity with a march in Washington and other cities around the world. Organisers say it highlighted womens rights, which they perceive to be under threat from the new US administration. London organisers announced on stage that between 80,000 and 100,000 people - which included both men and women - had taken part in the rally. 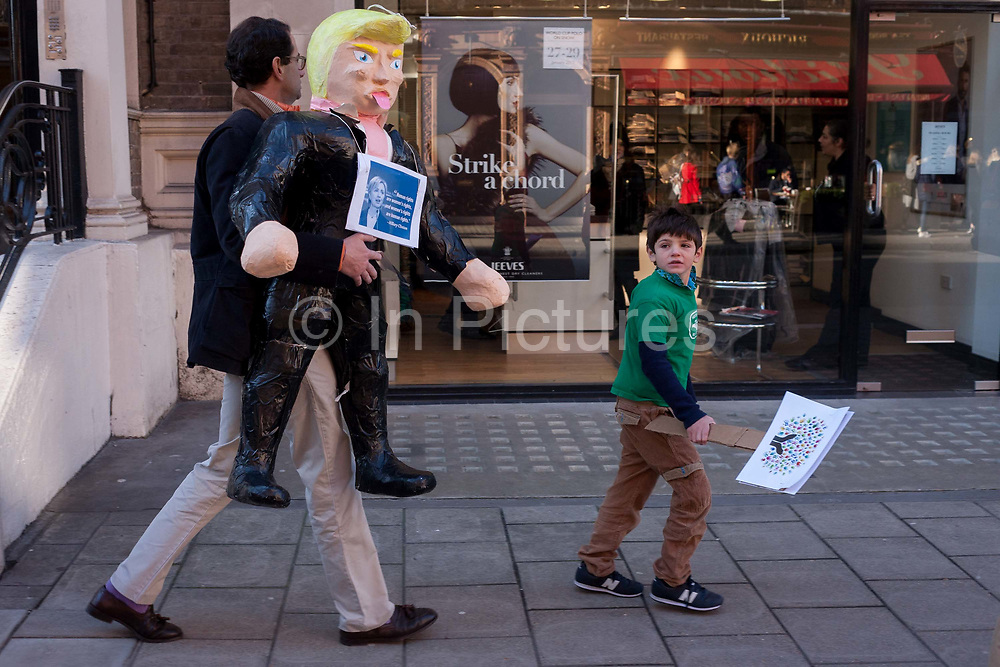