Visitors to the museum is looking at tools used to torture and kill inmates. The tools were often ready mate tools such as plyers,hammers,pick-axes,spades etc. The paintings on the wall depicting life and death in the prison was made by Bou Meng, himself an inmate and one of the few survivors.

The Toui Sleng Genocide Museum. The Toui Sleng was a college turned into interrogation and torture centre by the Khmer Rouge during their rule in the seventies, called S21 by the Khmer Rouge. Most inmates were murdere, either they died during torture or in the Klling Fields outside Phnom Penh. An estimated 17,000 prisoners were held at the prison, called S21 by the Khmer Rouge and only 7 is believed to have survived imprissonment, the rest died either in prison or were killed in the Killing Fields.
The Toui Sleng prison was run by Kang Kek Iew, Comrade Duch, a former school teacher. On 26 July 2010, Duch was found guilty of crimes against humanity, torture, and murder; he was sentenced to 35 years' imprisonment 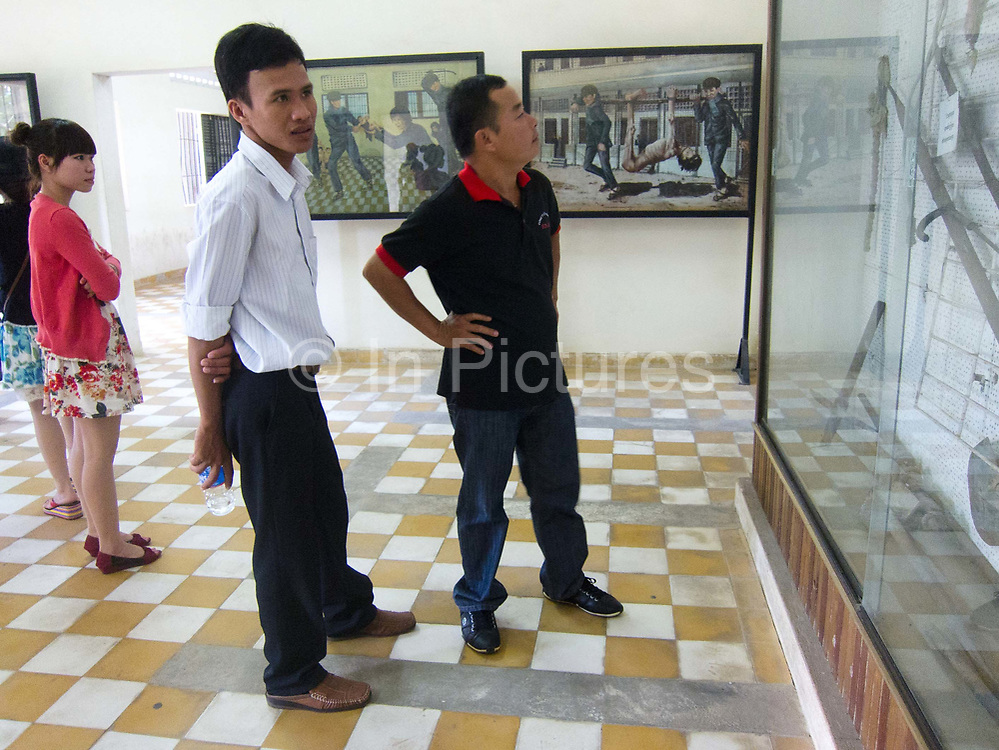