Shanghainese people burn incense during daily prayer sessions at the Longhua Temple in the south of Shanghai, China. This is a working Buddhist temple where public come to burn incense, offer gifts and to eat. Located on Longhua Road, the temple was first built in 242 AD, during the period of the Three Kingdoms. Longhua Temple is the oldest temple in Shanghai and also the largest at 20,000 square metres including it’s grounds. Because of several destructions by the wars, most of the buildings in Longhua Temple were reconstructed during the reign of the Emperor Tongzhi and Guangxu during the Qing Dynasty. 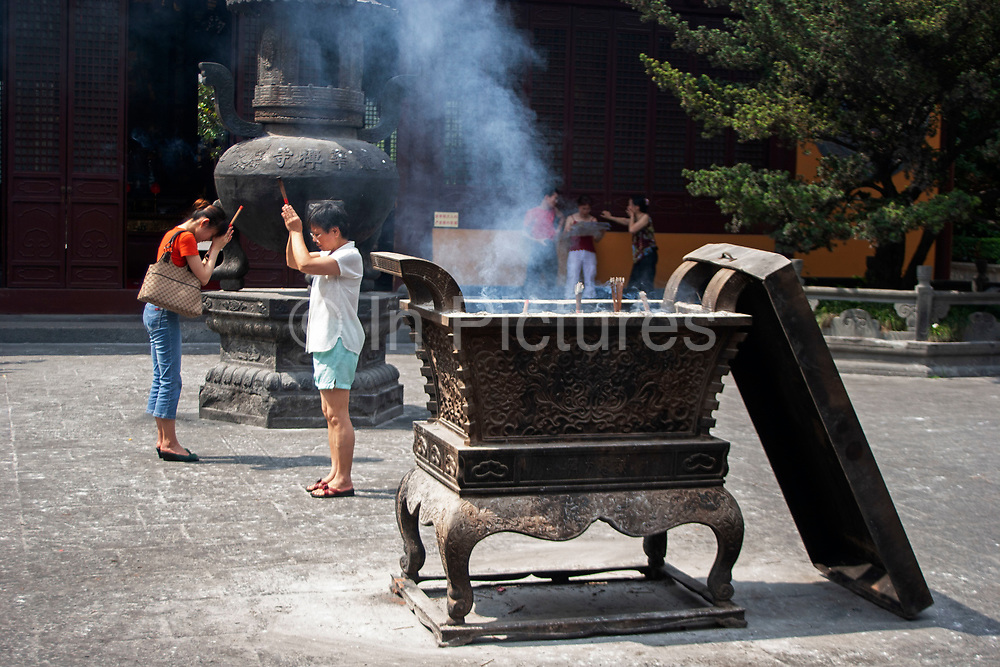