A train passenger uses her phone as billboard ad portraits by artist Steve McQueens school children portraits artwork, on 7th November 2019, in Kingston, London, England. Portraits of schoolchildren by the artist Steve McQueen have been unveiled on billboards across London. The Oscar-winning filmmaker, photographed thousands of London’s Year Three pupils, in traditional-style class snaps with rows of smiling children alongside their teachers, for a “visual portrait of citizenship”. The portraits are on display at 613 locations on roadsides, railways and underground stations. Turner Prize-winner McQueen invited all of London’s Year Three school pupils to take part but ended up with 76,000 children – around two thirds of London’s seven to eight-year-olds. The outdoor work is a collaboration with Artangel, known for producing unusual art in unexpected places. 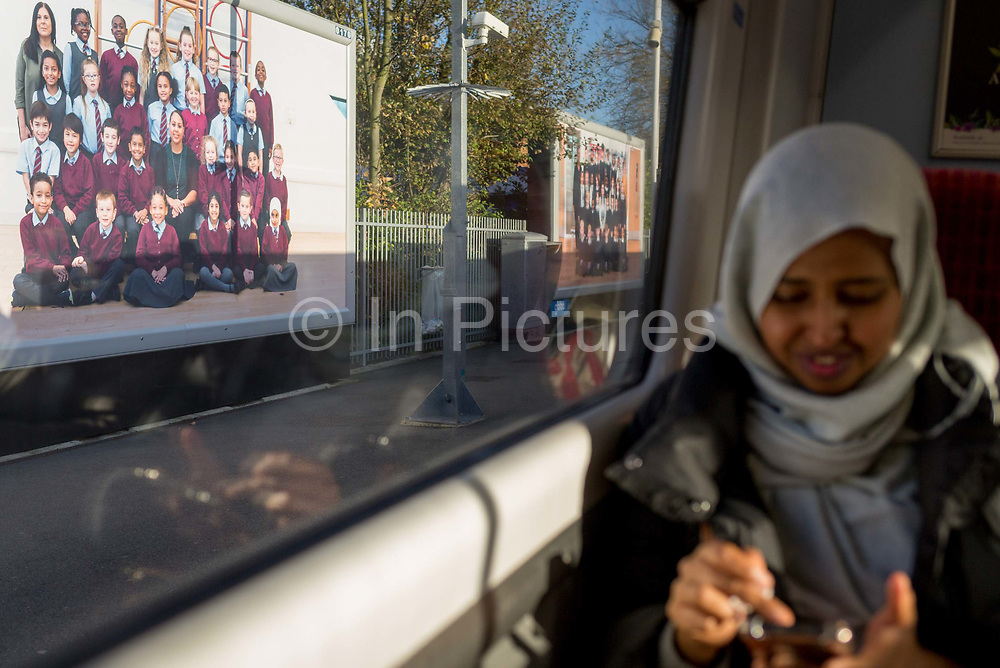