A man dressed to represent the United States with a banner saying I funded the coup stands in front of a statue at the anti impeachment protest demonstration on April 17th 2016 in Rio De Janeiro. This was the day of the impeachment vote for Brazils president Dilma Roussef, thousands took to the streets across the country. Here, protests in Copacanbana were held, organised by independent community music organisations Rhythm of the Favela, Apa-funk, Furaco 2000, in associaiton with the Workers Party PT. 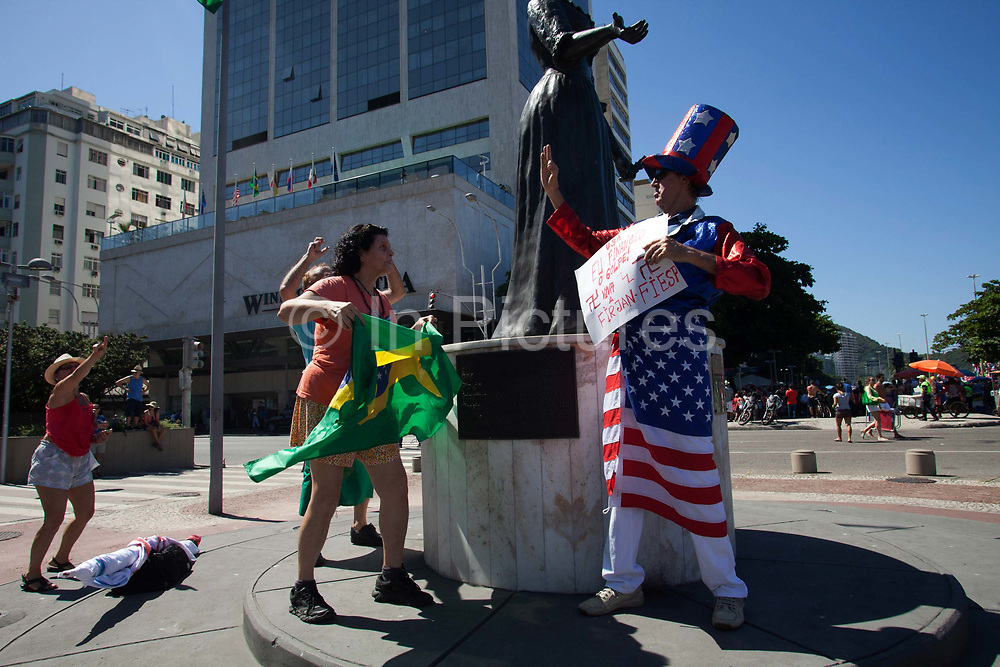