Exterior of the £105m Siberian Pine Velodrome curved roof during the London 2012 Olympics. The London Velopark is a cycling centre in Leyton in east London. It is one of the permanent Olympic and Paralympic venues for the 2012 Games. The Velopark is at the northern end of Olympic Park. It has a velodrome and BMX racing track, which will be used for the Games, as well as a one-mile (1.6 km) road course and a mountain bike track.[2] The park replaces the Eastway Cycle Circuit demolished to make way for it. This land was transformed to become a 2.5 Sq Km sporting complex, once industrial businesses and now the venue of eight venues including the main arena, Aquatics Centre and Velodrome plus the athletes' Olympic Village. 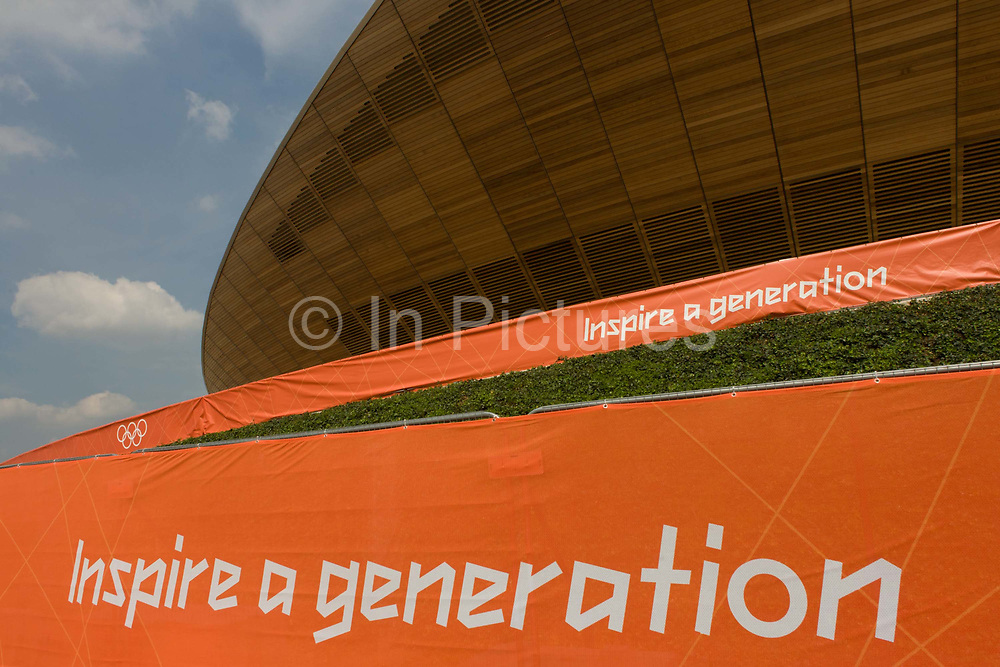