A Red-Thread Miao ethnic minority woman, wearing her colourful appliqued traditional costume, splices ramie, Yi Xin village, Guizhou province, China. Ramie is one of the oldest fibre crops, having been used for at least six thousand years, and is principally used for fabric production. It is a bast fibre and the part used is the bark of the vegetative stalks. Almost 35% of Guizhou's population is made up of over 18 different ethnic minorities including the Miao. Each Miao group became isolated in these mountainous regions, hence the present day diversity in their culture, costume and dialects. According to a popular saying, "if you meet 100 Miaos, you will see 100 costumes." 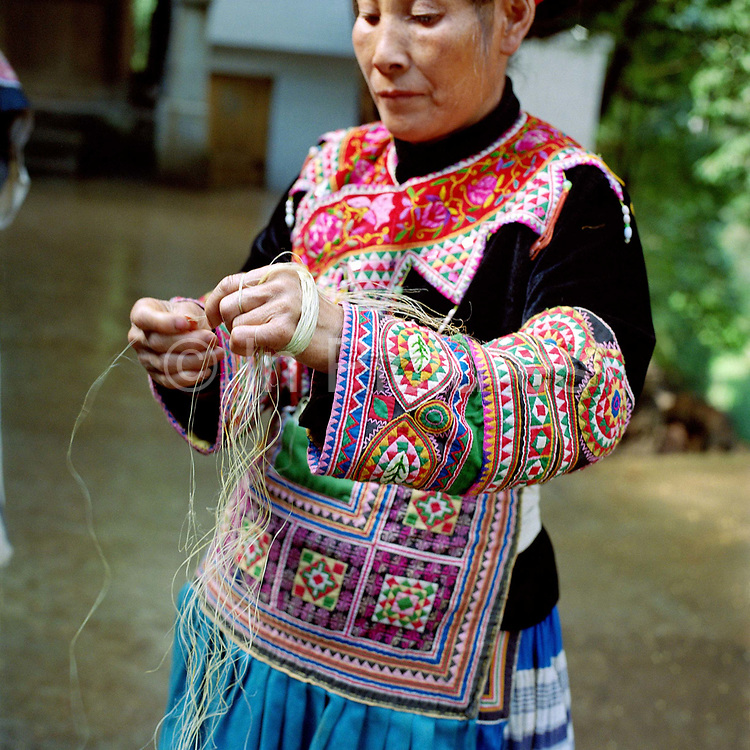