Lockheed-Martin stealth F-35 Joint Strike Fighter exhibited at the Farnborough Air Show, England. This full-scale mock-up was the only one present as the real
aircraft failed to fly at the 2014 show, remaining grounded by the DoD in the US and British MoD for safety reasons. The Lockheed Martin F-35 Lightning II is a family of single-seat, single-engine, fifth-generation multirole fighters under development to perform ground attack, reconnaissance, and air defense missions with stealth capability. The F-35 is the fighter due to fly from Britain's sole aircraft carrier, the Queen ELizabeth. 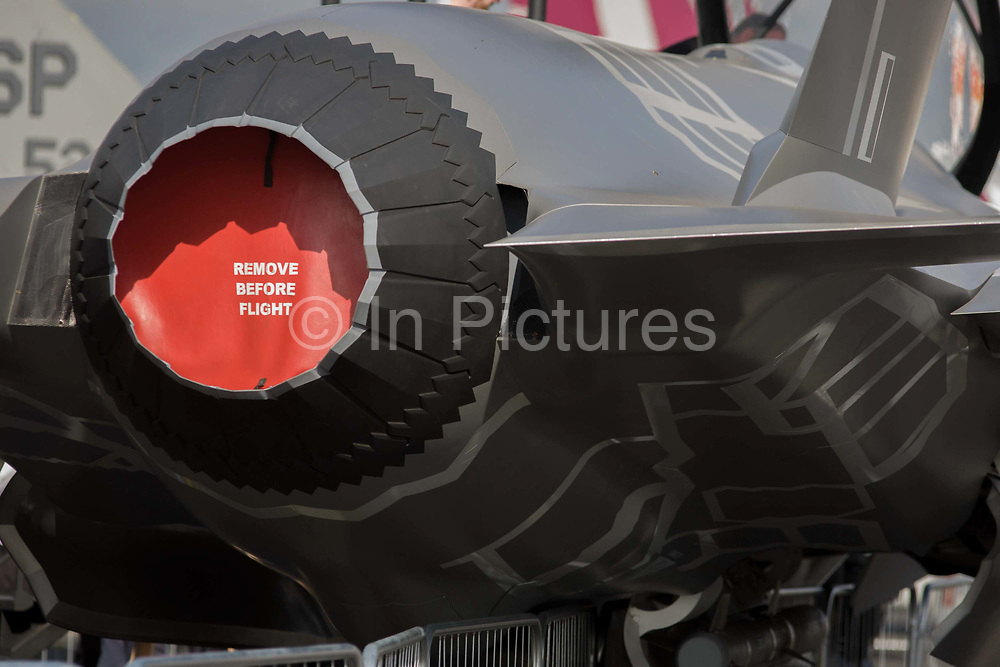