Greece - Athens - Homeless and desperate on the streets in Monastiraki

People walk past a man living on the streets of Monastiraki. On crutches, he has bad health problems. Disadvantaged people on the streets in this area the amount of ill, disabled, badly injured, or sick people either begging or sleeping on the streets is staggering. The area has been taken over by drug dealers, homeless people, and prostitution. Athens is the capital and largest city of Greece. It dominates the Attica periphery and is one of the world's oldest cities, as its recorded history spans around 3,400 years. Classical Athens was a powerful city-state. A centre for the arts, learning and philosophy. 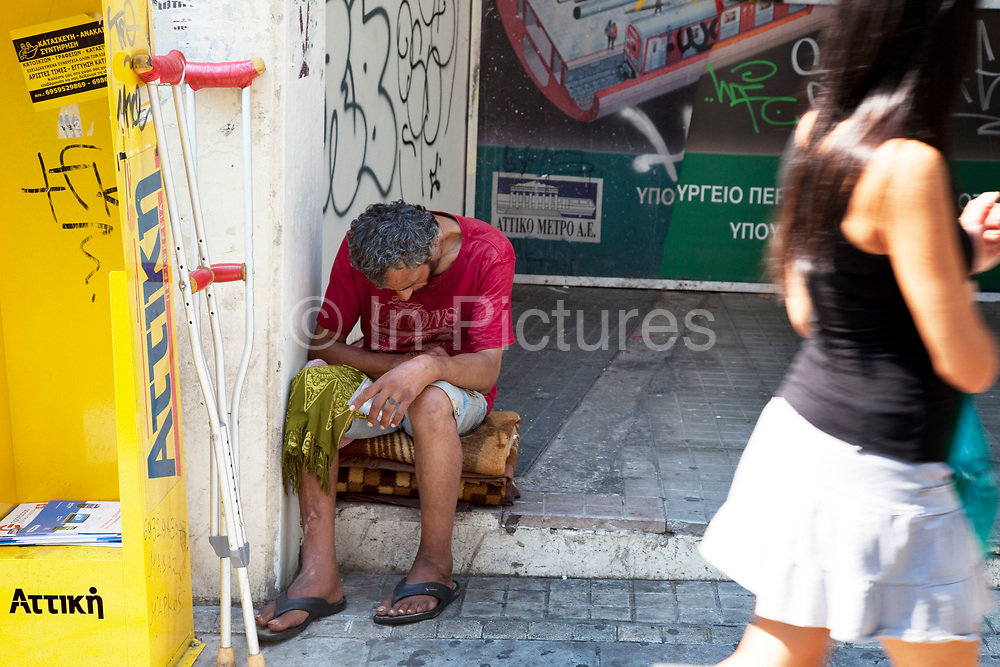