Beyond Chinese TV media images, a red sun sinks behind late cloud in the west, a glowing red sky illuminates Hong Kong's harbour, this scene is symbolic of the decline of empire, the transfer of sovereignty of Hong Kong from the United Kingdom to the Peoples Republic of China (PRC) two years after this picture was taken, often referred to as "The Handover" on June 30, 1997. Midnight of that day signified the end of British rule and the transfer of legal and financial authority back to China. From this famous ferry terminal that protrudes out into the busy waters of this colony’s harbour from the Kowloon side of the territory. Hong Kong was once known as 'fragrant harbour' (or Heung Keung) because of the smell of transported sandal wood in the days before China ceded its territory to the British for 155 years until the 1997 deadline. 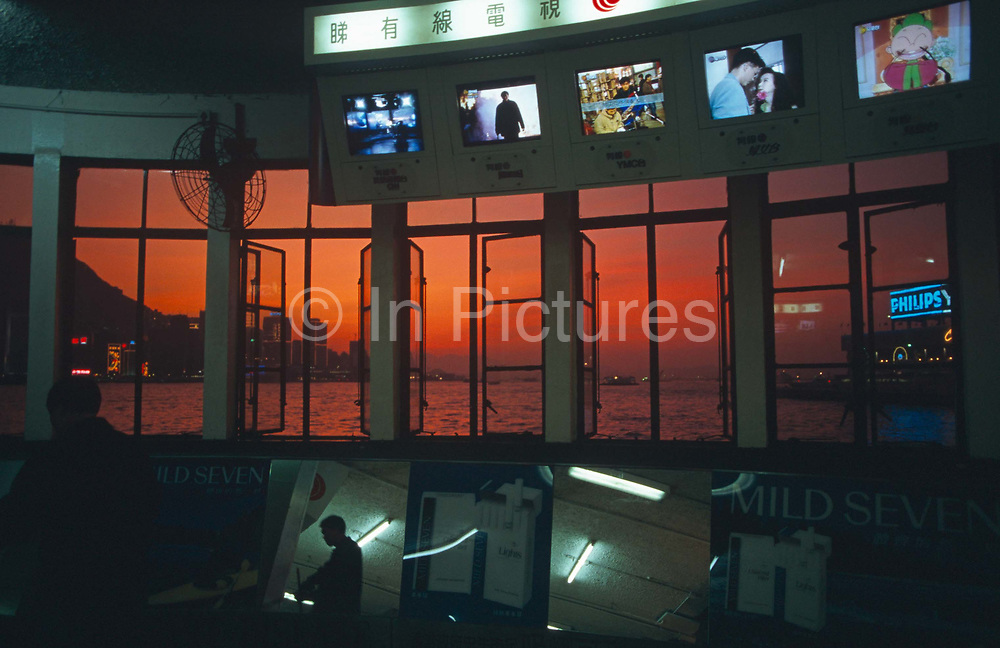