Billy Graham preaches with sincere, confidently open hands to British Christians during Mission 89, a series of evangelical revival rallies in London, England. Graham is an Evangelical Christian who has been a spiritual adviser to several U.S. presidents including George W Bush with Time Magazine calling him “.. the nation's spiritual counselor." He is number seven on Gallup's list of admired people for the 20th century and member of the Southern Baptist Convention. Here he is seen towering on a giant screen over the small heads of his UK congregation who are sitting passively listening to the message of this great man of God. The scale of his personality and presence above them makes this a powerful image of leadership and of followers. 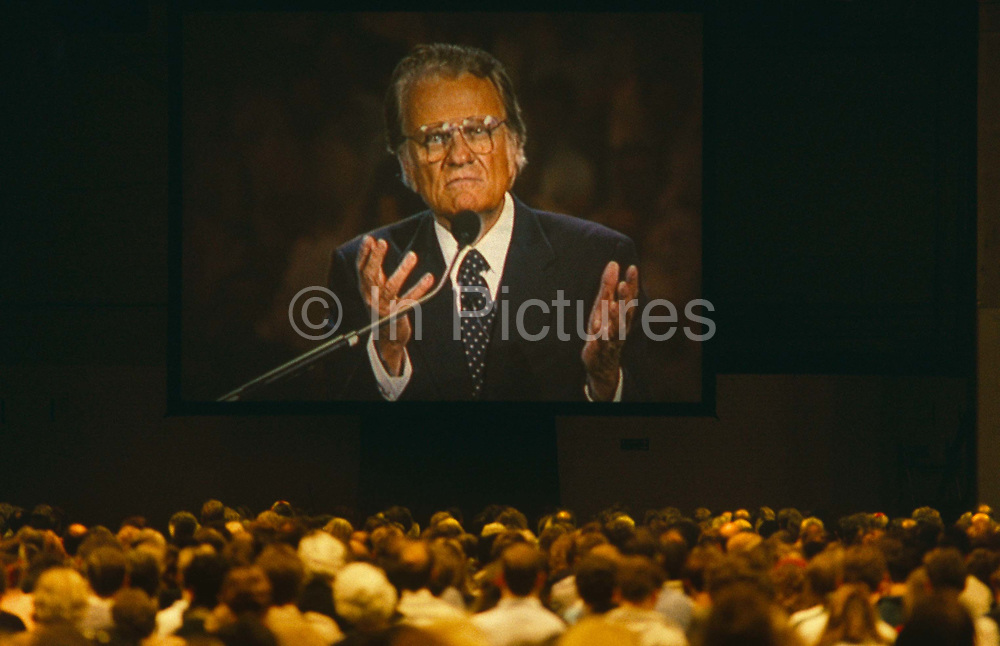