Dungeness Power Station On The Southern Tip Of Kent

Razor wire and cameras are part of an elaborate security system to deter nuclear terrorists from stealing radioactive materials from Dungeness power station. Dungeness nuclear power station is one of a pair of nuclear power stations, only one of which is still operational, located on the Dungeness headland in the south east of Kent, United Kingdom. Dungeness A is a legacy Magnox power station, that was connected to the National Grid in 1965 and has now reached the end of its life. Defueling was completed in June 2012 and the demolition of the turbine hall was completed in June 2015. Dungeness B is an advanced gas-cooled reactor AGR power station consisting of two 615 MW reactors, which began operations in 1983. It is due to be closed in 2028. 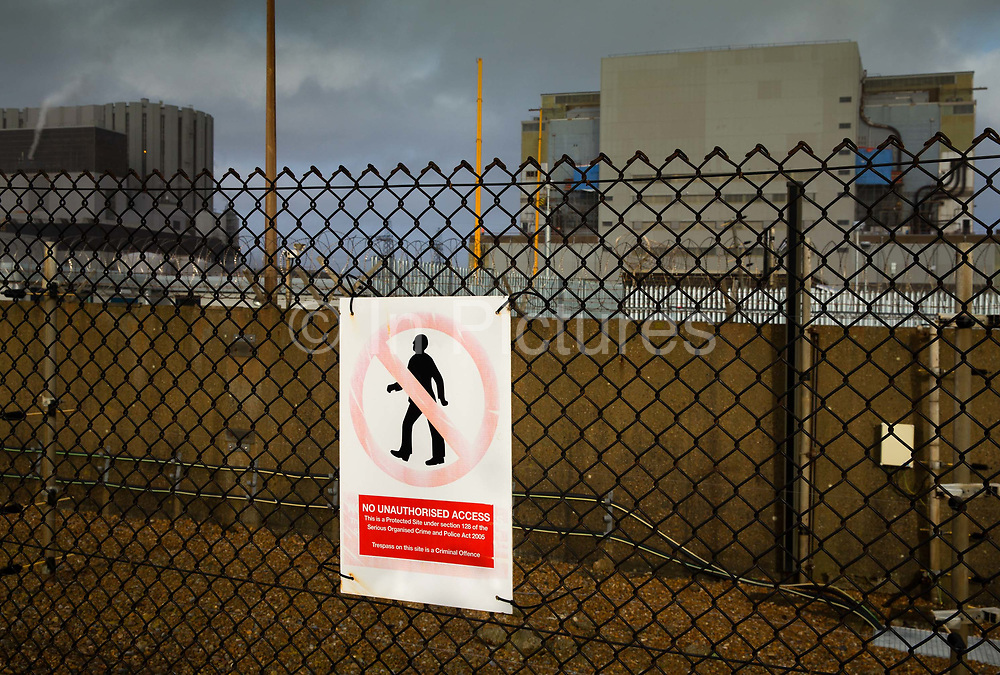