A group of Democratic party supporters look ecstatically happy after the final news of their Man's victory. Gone is the nervous tension earlier in the evening when these party faithful arrived for a whole night following developments. Polls suggested Obama was doing well against his Republican adversary, John McCain in this historic political election which saw the election of America's first black Commander in chief. The location is a pub called the Hoop and Toy, in South Kensington, West London which has been opened all night for this special event for the American expatriate community living in this European capital. 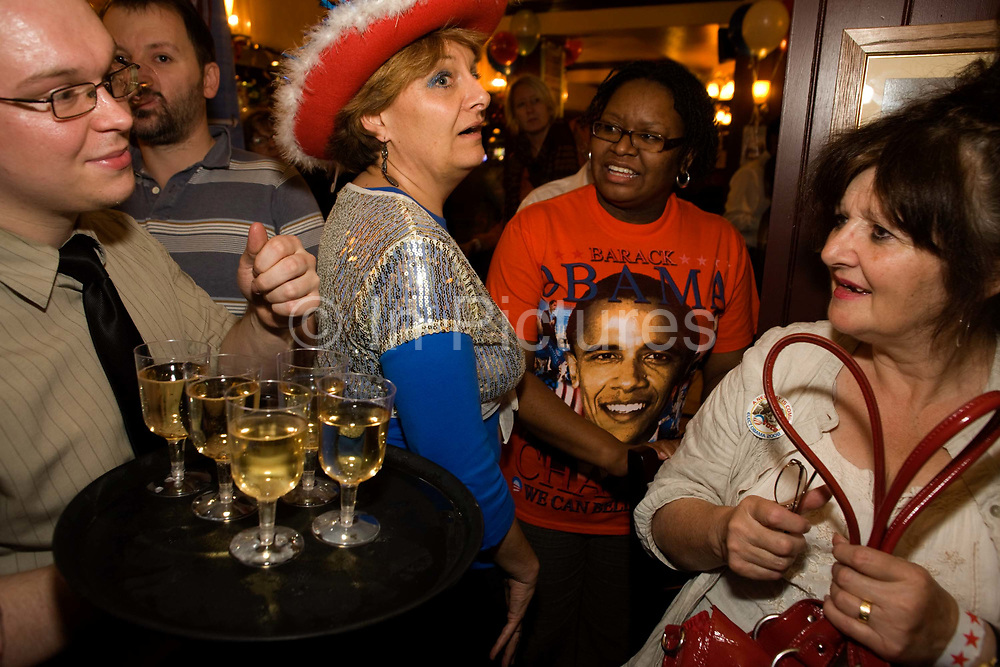